Take a gander at air purifiers that eliminate dander. 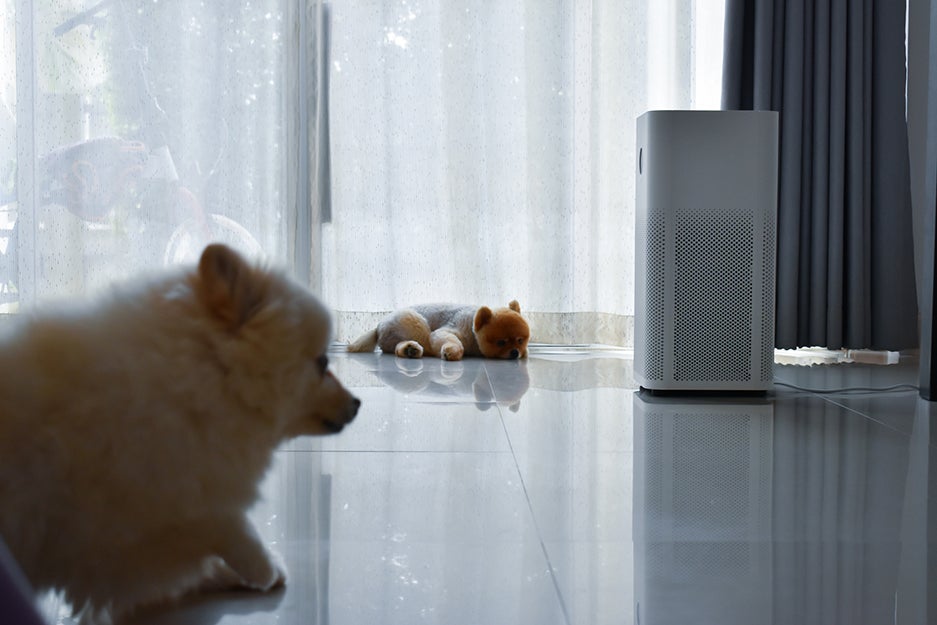 Pet owners are used to existing inside a mini-dust cloud of fur and dander that follows them around like they’re Pig-Pen from the Peanuts cartoons. It’s on your clothes, it covers every piece of furniture you own, and it’s in the air you breathe.

Lint rollers and vacuum cleaners can help with the first two, but for the last one, you need an air purifier designed with pet households in mind. We found some of the best options for anyone sharing their living space with a domesticated animal.

Compact in size (it stands roughly 8 inches tall and is only about 7 inches wide) and designed to blend into the background as much as possible, the Rigoglioso filter boasts a purifying efficiency of over 98 percent, and uses medical-grade HEPA filter to rid your air not only pet dander but also mold, dust, germs, and smoke. The small, white cylinder design keeps the device from being intrusive. It runs very quietly and even contains a night light option so it can pull double duty in kids’ bedrooms.

This Levoit device functions at a noise level around the 24db mark, making it extremely quiet for a purifier that can handle such heavy workloads. Equipped with a true HEPA filter that traps over 99 percent of dander, pollen, mold, and smoke, the Levoit is ready to go right out of the box and is incredibly user-friendly. It works best in smaller rooms since it doesn’t have extensive reach, but given a small space to cover (a bedroom or living room) it does the job.

The selling point for the Blueair Blue Pure 411 model is its three-stage purification process that not only targets pet dander and other airborne particles, but also helps eliminate pet odors as well. Its carbon filters combat smells and it runs quietly, which makes it ideal for placement near litter boxes or dog beds (you don’t have to worry about a big whirring machine annoying your pets in their safe spaces). The 411 is convenient and cost-effective as well.