The evidence has been changing, but we know a lot more now than we did a few months ago. 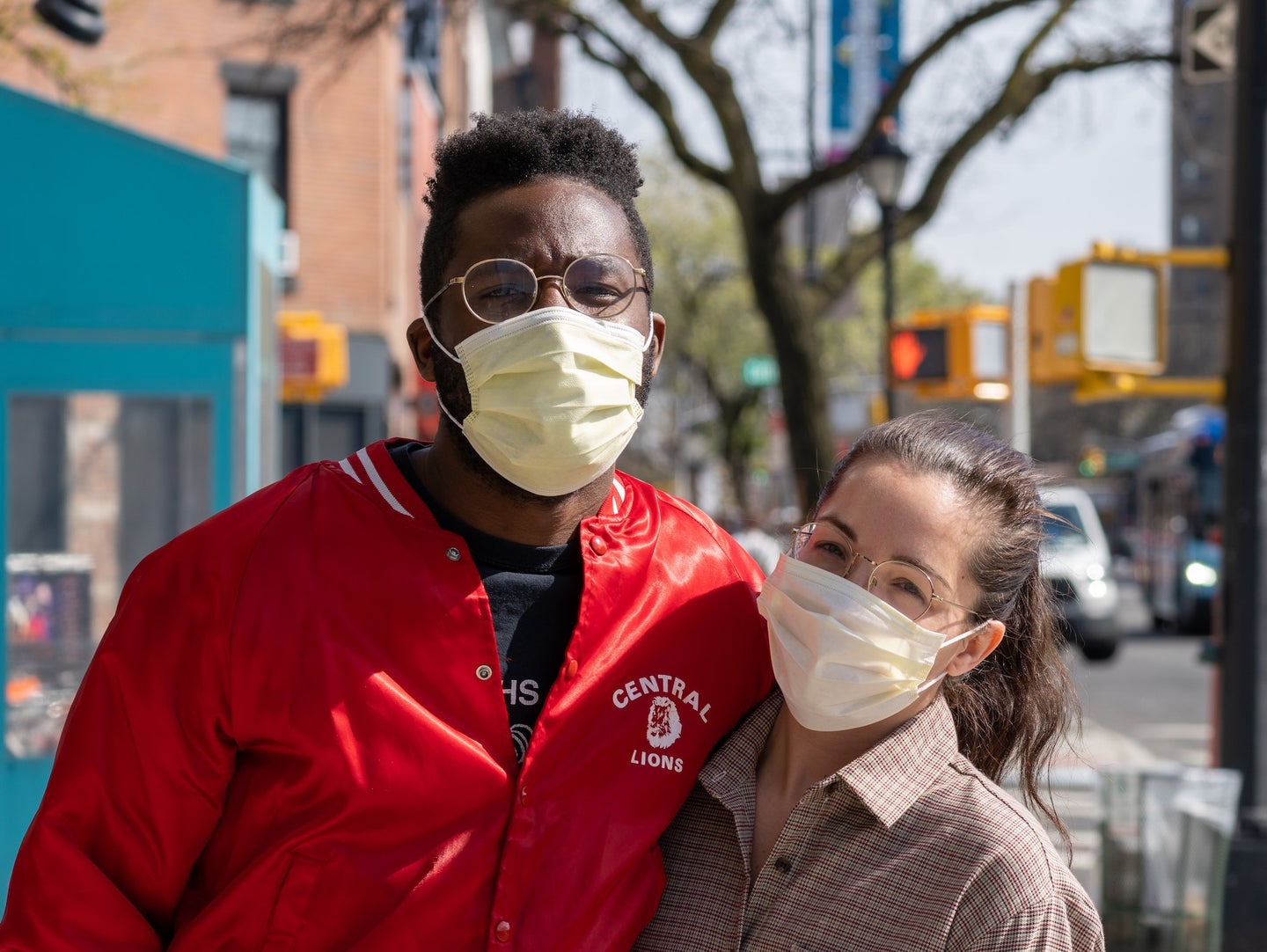 Wearing a mask is one of the most important things you can do right now. Julian Wan/Unsplash
SHARE

Over the past several months, the idea of wearing a face covering has been hotly debated. In the beginning of the pandemic, the general recommendation was that masks should be reserved for medical professionals only. At the time, this made sense. There was a major mask shortage, and virologists and epidemiologists didn’t have enough information about how the coronavirus spread to know whether masks would prevent the coronavirus from spreading outside of a medical setting.

But a mounting body of evidence makes it clear that masks do prevent the spread of the virus—especially the more people wear them properly.

One key factor that sealed the deal for general mask-wearing was the understanding that a significant percentage of COVID-19 positive folks don’t show signs of the disease, known as asymptomatic spreaders. This group includes people who test positive but never show signs of the disease (an estimated 30-45 percent of people who test positive for the virus) and those who have tested positive and will later show symptoms but haven’t yet.

So far, studies suggest that these asymptomatic people play a notable role in spreading the virus. A high quality and widely shared paper published back in April in the journal Nature suggests that people are most infectious two days before actually showing any symptoms. Additionally, this past week, a conglomerate of 239 scientists from various fields of study, from epidemiology to virology to physics, signed an open letter to the World Health Organization with evidence of the airborne nature of the virus.

“If you have spread from people who don’t have symptoms, you have to do two things,” explains Monica Gandhi, an infectious disease researcher at the Division of HIV, Infectious Diseases, and Global Medicine at UCSF/San Francisco General Hospital. “The first thing is you have to mask them to prevent them from spreading, and the second thing is what we did with social distancing and lockdown.” There’s still a lot of research to be done, but the evidence increasingly points to masks as one of the most crucial parts of our fight against COVID-19.

Scientists now know that SARS-CoV-2 travels and spreads from one person to another via aerosols, which are droplets of bodily fluid that carry the virus. Big droplets move by coughing and sneezing, but these researchers warn that a growing body of evidence suggests much smaller particles can spread the disease, too. This new evidence makes wearing a mask even more important.

Prior to the coronavirus pandemic, most studies done on the effectiveness of masks weren’t robust at all. Most of them were observational in nature—not the gold standard double-blind ones, where one group wears masks and the other group doesn’t—and were done in the hospital setting. That means even these low-quality results wouldn’t necessarily translate to the general population.

However, over the past few months, there have been a number of well-done studies that investigated what prevents the spread of the virus. A meta-analysis, published in The Lancet at the beginning of June, looked at 172 studies that investigated how COVID-19, SARS, and MERS spread. The study found that mask wearing was strongly correlated with reduced risk of viral transmission and that “face mask use could result in a large reduction in risk of infection with stronger associations with N95 or similar respirators compared with disposable surgical masks or similar [coverings].”

In a more recent study published last week in the journal Physics of Fluids, researchers at Florida Atlantic University used a visualization technique to demonstrate how a variety of masks helped stop the spread of these aerosol droplets. The team looked at three types of masks: A single-layer bandana-style covering, a homemade mask that had two layers of cotton, and a non-sterile cone-style mask. They chose these three on purpose, says study co-author Siddhartha Verma, a professor in the department of Ocean and Mechanical Engineering at Florida Atlantic University because they were the three that seem to be most often used by the general public. The researchers also looked at how far aerosols spread with no mask on at all.

In a lab, the team put masks on mannequins and used a mixture of water and glycerin to create a fog that emulated how droplets would travel by talking, coughing, and sneezing. The researchers found that without a mask, droplets traveled more than 8 feet. With a bandana, they reached an average of 3 feet and 7 inches, versus 1 foot and 3 inches with a two-layered cotton homemade mask, and about 8 inches with a cone-style mask.

What amazed Verma the most about the study was just how widespread droplets traveled without a mask on. “Seeing it with my own eyes was a bit surprising.” Equally interesting, he says, was how much slower the spread was when the masks fit better on the mannequin’s face. Based on these findings, as well as prior studies, he suggests this tip when choosing an effective mask: Hold the mask up to a light—the less you can see through it, the more effective it is.

Other research and government institutions have made similar recommendations on best practices for mask-wearing. Johns Hopkins University also recommends holding the mask up to a light and using “thicker, more densely woven cotton fabrics,” finding a proper balance between ensuring it fits properly and that you can still breathe with it on. That’s also why N95 masks worn by medical professionals work better than homemade masks: They require a fit test and seal check which significantly reduces the risk of leakage.

Of course, Verma’s work was done in laboratory settings, and real-world usage won’t be exactly the same. Further, Verma says that while his study and others like it all make it clear that masks reduce the spread of the coronavirus, it’s important to note that in his study all the masks—even the ones with multiple layers of well-fitted fabric—tended to have some leakage. “Using a mask doesn’t reduce the transmission to zero.” However, it’s abundantly clear they effectively slow the spread.

Across the country, though, we’ve been slow to adopt mask usage. Pennsylvania and New Jersey are the latest to join just 10 other states that have mandatory face covering rules put in place. Others include: North Carolina, California, Nevada, Rhode Island, New York, Delaware, Connecticut, New Mexico, Illinois and Washington.

Part of this may be that, though masks don’t eliminate risk, they do significantly reduce the amount of virus a person is exposed to. We know from other viruses, like influenza and norovirus (which causes vomiting and diarrhea), that the more viral particles you’re exposed to, the more sick you’re likely to get. That means wearing a mask may not prevent you from getting sick, but it is likely to give you a milder case should you catch COVID-19.

The apparent shift in advice has been frustrating for many people—and that’s understandable. Everyone was originally told that masks were likely to do very little, but now it seems like the experts have changed their minds. Part of the problem is that some top officials advised against mask-wearing not because of any scientific evidence, but because of concern over shortages for health professionals who really needed it. But another part of this is that we simply didn’t know a lot about mask efficacy to begin with. It’s crucial for science to adapt as new evidence comes in, and that’s exactly what happened here. Armed with better knowledge, we now know the importance of wearing a mask—and if we want to control this virus, we all have to abide.