The Fire Kids Pro is rugged without looking like a toy. 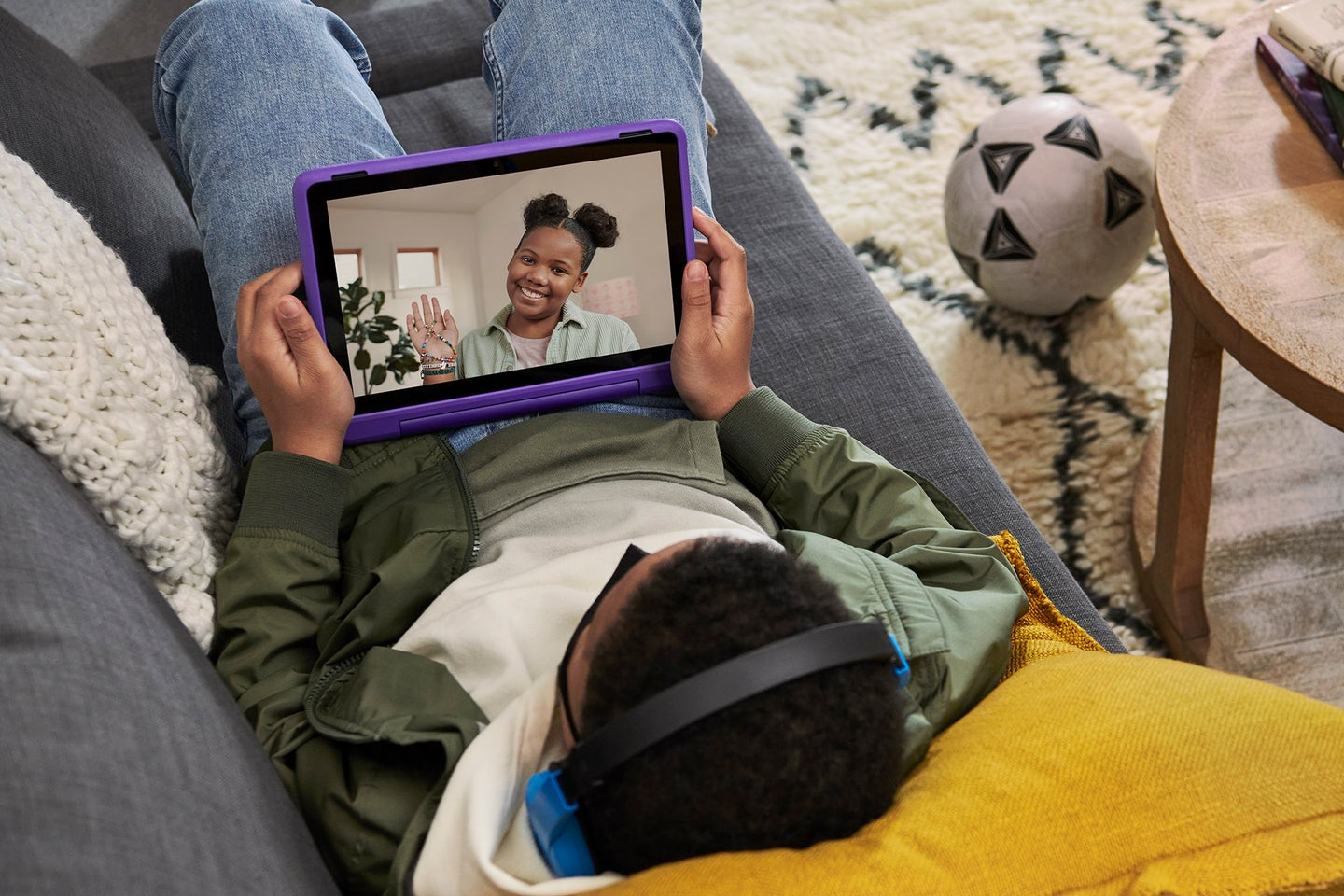 It’s easy to get caught up in the excitement of a new high-end tablet like Apple’s recently-refreshed iPad Pro lineup. But, those devices are overkill for the majority of people. Today, Amazon refreshed its lineup of budget-friendly tablets, which includes a new top-end model in the $150 Fire HD 10. Plus, the Fire Kids Pro line starts at just $99.

Handing a pricy iPad to a small child is stressful. Even if they don’t break it, there’s a good chance they’ll hand it back to you covered in an impenetrable layer of sticky, unidentifiable crust.

The new Fire Kids Pro tablet starts at just $99.99 for the 7-inch model, or $139.99 for the 8-inch version, or $199 for the 10-inch screen. The Fire Kids tablets typically have a very toy-like appearance with thick, colorful bezels. But, they’re for kids between the ages of 6 and 12. Once you get to the higher-end of that range, style becomes more important.

The Fire Kids Pro tablets have a slimmed down protective case with a kickstand built into the back. It still comes with a two-year warranty against breakage.

The Fire Kids Pro has access to an app store, which makes new software more accessible than previous models, which were locked down tight. Still, it adheres to Amazon’s robust parental controls, which many parents like and many kids hate.

For kids who just want basic web browsing and media-consuming features, the low prices and lenient warranty policies make these very appealing. That’s especially true when Amazon drops prices even more during holiday sales like Black Friday and Prime Day. Just be sure to buy some wet wipes to clean the gunk off of them once in a while.

If you’re already familiar with Amazon’s Fire tablets, you shouldn’t expect a huge paradigm shift from previous models. According to Amazon, the new Fire HD 10 adds 50 percent more RAM (for a total of 3 GB). The entire device has slimmed down, and the bezels around the screen have shrunk. The 10.1-inch 1080p is now 10 percent brighter than the previous model as well. It still sports a 2.0 GHz eight-core processor, but Amazon hasn’t said what, if any, kind of performance boost it has gotten.

For an extra $30, ($180 total), the Fire HD Plus cranks the RAM up to 4 GB and offers more premium finishes with a “soft touch.” More importantly, the upgrade includes wireless charging, which is compatible with any Qi certified charger. If you’re planning on giving one of these to a child or a student, that could save considerable wear and tear on the charging port, which often receives ample abuse.

Both the Fire HD and Fire HD 10 Plus now support split screen apps, which allows people to use two programs at the same time.

Overall, Amazon’s strategy hasn’t changed too much when it comes to the high-end portion of the Fire HD line. The company has slightly upped its efforts to make them more useful when it comes to productivity. Amazon now offers Productivity Bundles for both Fire HD 10 models, which includes a $50 detachable Bluetooth keyboard case and a year’s subscription to Microsoft Office 365. That still won’t give it the drawing capabilities you’d get with an iPad, or the Google compatibility that comes with a Chromebook. But, the Fire HD 10 does seem like a more reasonable secondary work machine than previous models.