Stanford Builds A Wind Tunnel For Birds And Drones

Learning from how birds handle turbulence 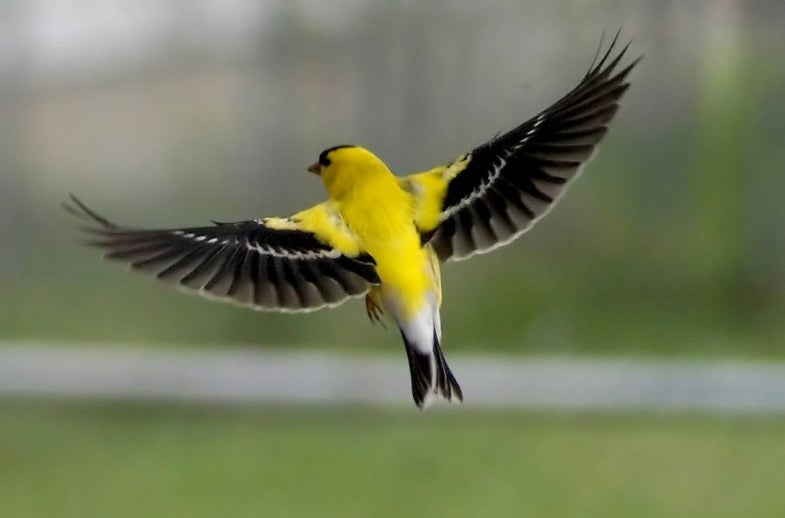 Birds are pros at flying through the artificial canyons that gape between buildings in big cities. The unpredictable turbulence and close quarters can spell disaster for drones, though. To better understand how birds adapt to that sort of changing air flow, Stanford has built a unique wind tunnel.

The tunnel, which is kind of like an air treadmill for birds, is designed to have lower turbulence than any other tunnel out there. A fan the size of a small car pumps out a flow of air that’s incredibly smooth.

Then to introduce turbulence back into the equation, a grid of wind vanes can be programmed to simulate difference patterns of turbulence. You can see it in action in the video below; it’s beautifully mesmerizing.

The species — love birds and parrotlets — that have used the wind tunnel so far are rewarded with positive reinforcement for their flights, so that the scientists can observe the birds while they’re calm and acting natural. The six-sided observation segment of the tunnel has windows so that the wing beats can be captured with high-speed cameras and other motion-capture technologies.

In the future, the scientists aim to fly entire flocks of birds in the tunnel. That way, the researchers can learn how turbulence created by a bird’s wings affects its neighbor–which, when the sky is packed with drones, could be pretty darn useful.