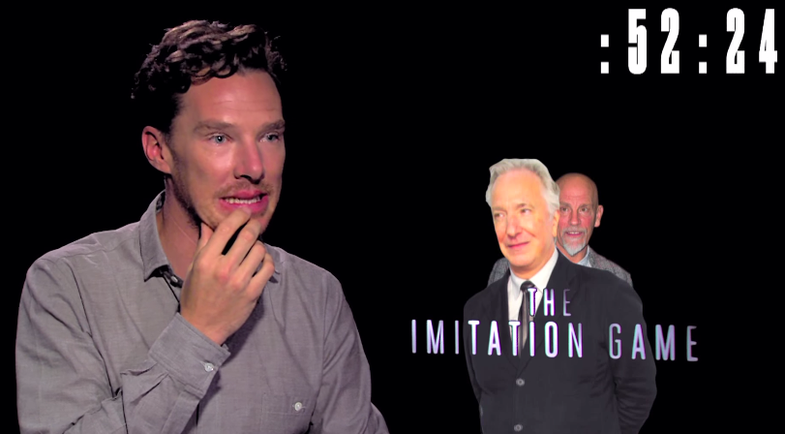 When Imitation Game star Benedict Cumberbatch appeared on MTV a few weeks ago to promote the movie, his interviewer put his acting chops to the test. Cumberbatch sped through a series of impressions of other actors and celebrities, and of course a video of the performance already has more than 4 million views on YouTube.

Most people watching probably chuckle and move on.

Wolfram is the company behind “computational knowledge engine” Wolfram Alpha and the program Mathematica, which churns through data for engineers, mathematicians, and other researchers. In a demonstration of the software’s machine learning capacities, Wolfram had their computers digest audio clips of all the actors Cumberbatch mimicked, as well as Cumberbatch himself. Then they fed in clips of his impressions and asked who was speaking. 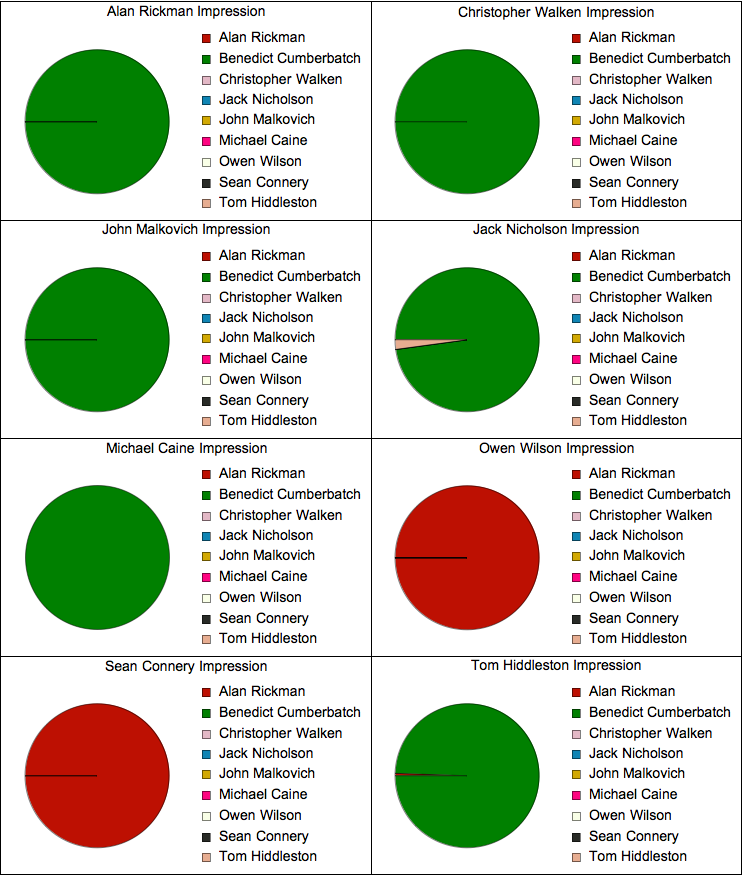 It turns out that, as far as Mathematica was concerned, Cumberbatch mostly just did his best Benedict C. In six out of the eight impressions tested (specifically, when imitating Alan Rickman, Christopher Walken, John Malkovich, Jack Nicholson, Michael Caine, and Tom Hiddleston), Mathematica guessed with more than 99.8 percent confidence that the speaker was in fact Benedict Cumberbatch. But, when asked who was speaking in Cumberbatch’s Owen Wilson and Sean Connery impressions, the software was more than 99.99 percent sure that each was voiced by…wait for it…Alan Rickman.

Rita Crook, who ran the stunt for Wolfram, suggests the reason for the mix-up might lie in a trait those thespians all share: their slow, pause-ridden speech.

No word yet on how Cumberbatch’s Taylor Swift stands up to the harsh glare of computerized scrutiny. You can watch the video below and decide for yourself.