Is the SNES Classic worth the price tag?

It is finally here. 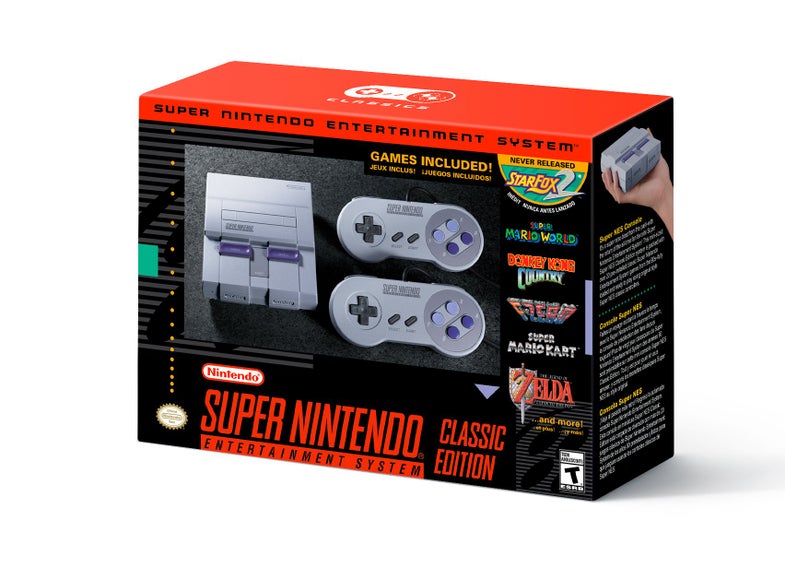 Remember how quickly the NES Classic sold out? Well it’s time to see how quickly that happens to the SNES Classic. Available for pre-order today, the price of the new Super Nintendo rerelease has already skyrocketed to $206—the original price was $80. Is that too much to spend on the SNES Classic or is the reality of trying to play retro video games that it’s way too expensive? For the video game obsessives, this might be a price worth paying to have a piece of history. Nintendo says that significantly more units will be released, so it might be worth it to wait for all this craze to die down.

Here is what comes with the SNES Classic. You receive a fully functioning system that plugs in via HDMI to your TV, 21 pre-loaded games including classics like Super Mario World, Super Mario Kart, and The Legend of Zelda: A Link to the Past, and two wired controllers. To get your old system fixed, it can cost up to TK. To buy a used system off of eBay, Super Nintendo’s average around $110+. Most of the games cost an average of $30 per game on eBay.

So is it worth it? To piece together your own SNES Classic from scratch will cost substantially more than buying the new release. Older systems can be damaged, require a lot of care and upkeep, and also might not plug into some newer TVs. The Classic also includes a new rewind option within the games and includes a never released sequel to Star Fox. Bottom line, it sucks to pay more than initially reported, but when it comes to enjoying your favorites games from the 90s, the Classic might still be the cheaper option.