The ephemeral photo-sharing service is getting a huge upgrade 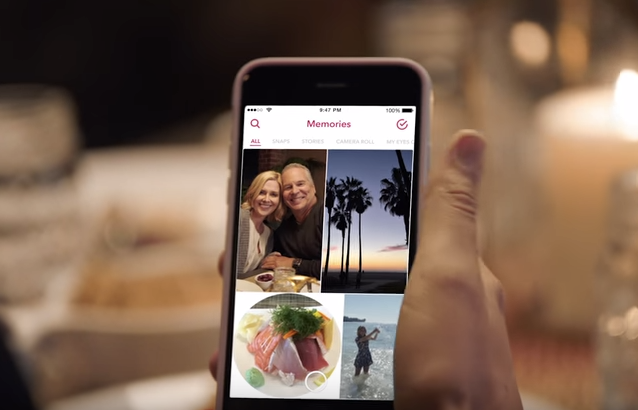 Soon, you’ll have another way to rewind your memories and watch them play back from the blue glow of a screen. Ah, the future is so convenient, so nostalgic, so… dystopian?

Snapchat announced its new Memories feature today on its official blog. The feature is basically a way to store selected snaps forever on your phone, a big departure for an app built on the premise of self-destructive photos and videos.

The update is rolling out slowly over the next month, according to Snapchat (you’ll get a notification once it’s ready for you).

But once you have it, you will be able to use it by swiping up from the camera view. Then you can enter a keyboard to search your previous photos and videos, add to new Stories, or save under a “My Eyes Only” category — for private photos and vids. No more handing your phone to friends to show off vacation photos and praying that they don’t swipe too far left into booty territory.

Snapchat assures that the save Memories are only backed up on Snapchat’s server, and not accessing your Camera Roll unless you give permission.

It also puts Snapchat up against other big persistent photo and video storage options, a la Facebook, Google Photos, and even Apple’s own built-in Photos app. So while it may be antithetical to the idea Snapchat was founded on, it also could further fuel the app’s popularity.