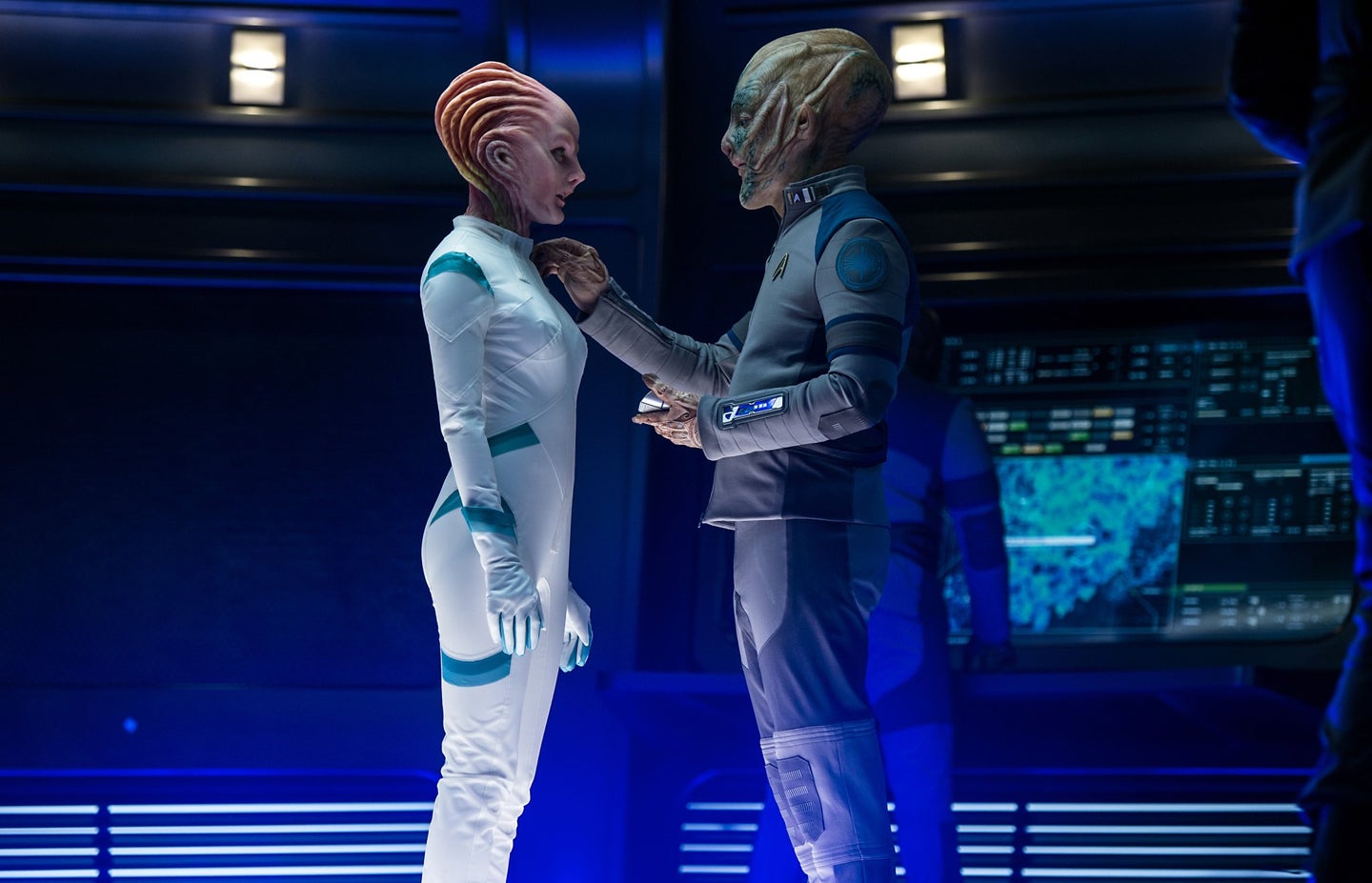 Amazon CEO Jeff Bezos made a cameo in the new Star Trek movie, and he’s got the photos to prove it. Bezos, who also helms his own spaceflight company (Blue Origin), and Star Trek Beyond director Justin Lin both tweeted images today of Bezos on the film’s set, in costume as a member of an alien species.

As you can see Lin is pretty excited to have had Bezos on set. And Bezos seems pretty psyched too:

Bezos spent the entire day shooting, though it’s unclear how many hours of that were spent in makeup. There does seem to be some light prosthesis going on here, although they did an excellent job of preserving his real life ear-to-head ratio.

The movie debuts in the U.S. this coming Friday, July 22, and we’re sure that if you don’t see it in theaters, we’re pretty certain it will be available on Amazon Instant video eventually, under the heading “CEO Picks.”