As firemen prepare for wildfire season this summer, they will reach for their trusty Pulaski ax, the century-old tool used... 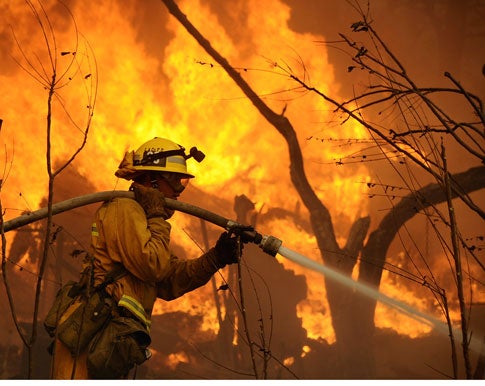 As firemen prepare for wildfire season this summer, they will reach for their trusty Pulaski ax, the century-old tool used to hack ditches between flames and the rest of the forest. But they will have some new, high-tech help as well. Mini tree-mounted weather stations and airborne infrared sensors will provide the clearest picture yet of where fires are and where they’re headed.

Traditionally, when trying to identify a blaze early and predict its next move, firefighters must wait for dial-up modems that deliver hours-old information. But wildfires feed off hot, dry air, and billowing winds generated within the fire can shift its direction in an instant. And with no way to monitor these conditions in real time, firefighters end up reacting to raging fires rather than putting them out before they spread. 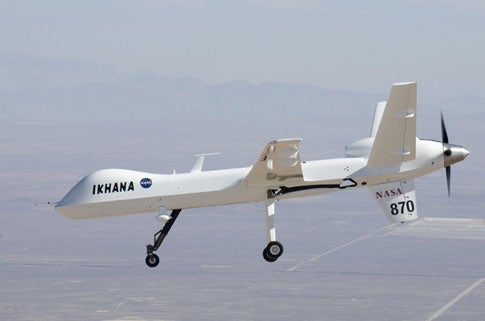 Delayed information is especially dangerous in the Western states, where earlier snowmelt and longer dry seasons have driven a sixfold increase in scorched earth since 1970. Last year, fires wiped out 1.6 million acres in California and ran up $1.3 billion in suppression costs. “In the past, our philosophy was to put a line around every fire,” says Tom Zimmerman, the program manager at the National Interagency Fire Center. “We have longer, larger, more intense fires now, and we don’t have the resources to do that.”

To help identify which spots to attack first, the Forest Service will have NASA’s unmanned Ikhana aircraft and its infrared sensor on emergency standby for the first time this summer. Unlike imaging satellites, which can take hours to position and transmit photos, Ikhana can see through smoke and send live data to ground crews. Likewise, the Forest Service’s planes, also loaded with infrared sensors, will beam fire managers real-time data and photos over Aircell, the wireless service used by airlines. Historically, pilots printed out bird’s-eye images of fires, stuffed them in a tube, and dropped them to firefighters on the ground. Digging through these documents to find the hottest areas in the blaze, which should be put out first, could take up to eight hours. Now command centers can analyze the digital files immediately and send out response crews before things get out of hand. 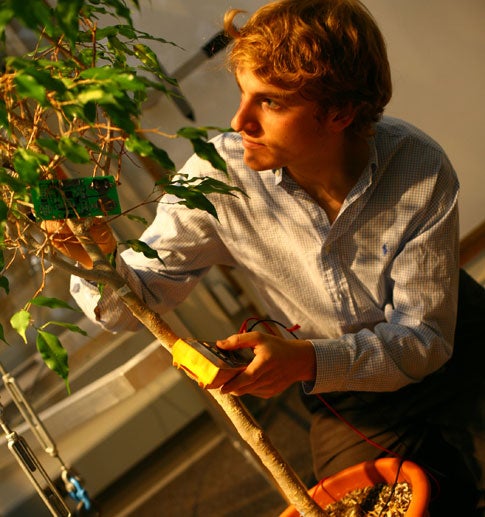 One of Smokey’s new tools for keeping fire at bay

Better situational awareness is only the beginning. Knowing precisely which areas are at highest risk of fires could transform how we fight them. Voltree Power in Canton, Massachusetts, has developed a shoebox-size sensor that, planted one per acre, could gather microclimate information, such as spikes in temperature and drops in humidity, that signal a nascent fire. In April the Forest Service began field-testing the device, which can run for a decade on voltage generated from the pH imbalance between a tree and soil.

To help deal with the flood of new information, Zimmerman’s team launched the Wildland Fire Decision Support System, an online tool that crunches data in real time, using fire behavior models and weather forecasts. The Forest Service and the National Park Service will use the program to determine whether to attack flames on foot or call in planes to dump fire-suppressant gel.

Even with technological advances in firefighting, perhaps the best way to minimize damage is to recognize that fires play a necessary role in restoring certain ecosystems, and so we should stop building in at-risk areas and use fire-retardant materials, says fire ecologist Max Mortiz of the University of California at Berkeley. Mortiz recently published data predicting that climate change will increase wildfire activity across much of the U.S. “We don’t fight earthquakes and floods — we coexist with them,” he says. “We need to learn to do the same with wildfires.”