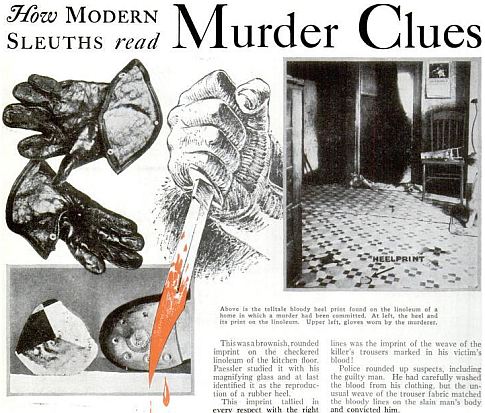 CSI, the popular network television show solving crimes with science, has been on for nearly a decade. Popular Science has had the detective fever for over eighty years.

For longer than a television show can ever hope to remain on air, we’ve been examining the state of forensics and detailing the new technologies that solve “stranger than fiction” crimes, from the lie detector to DNA profiling.

Read on for some of our favorite moments in criminology through PopSci‘s pages. 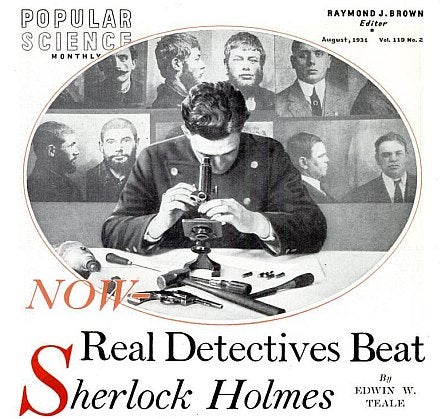 In 1921, PopSci rallied for the exciting new technologies to be brought stateside. Europe not only pioneered fingerprinting and ballistics, but had “no fewer than four chairs in as many… universities occupied by men who are professors of crime detection.” The first American criminalistics lab wouldn’t be established until after the infamous St. Valentine’s Day massacre in 1929. 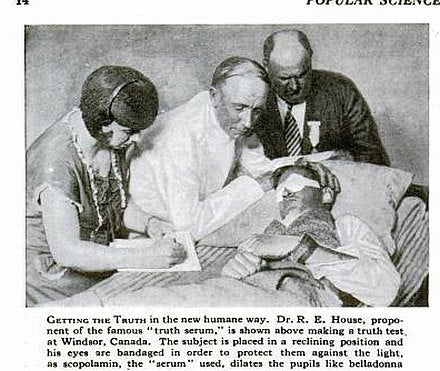 While evidence of bloodstains and bullet markings were certainly incriminating, by 1920s laws they were considered circumstantial evidence. Criminalists had also to deal with lying bootleggers, gangsters, and outlaws who knew that human evidence took precendence in court trials. A boom of techniques appeared on scene to sleuth out the lawbreakers, the most popular being the lie detector. Suddenly, measuring emotional response to questions and objects by testing heartbeats, eye movements, and electrical skin resistance became the hottest thing in forensics. Although considered less reliable than blood evidence and ballistics by today’s standards, the lie detectors of the 1920s heralded an age of reconciling science with criminal trails. 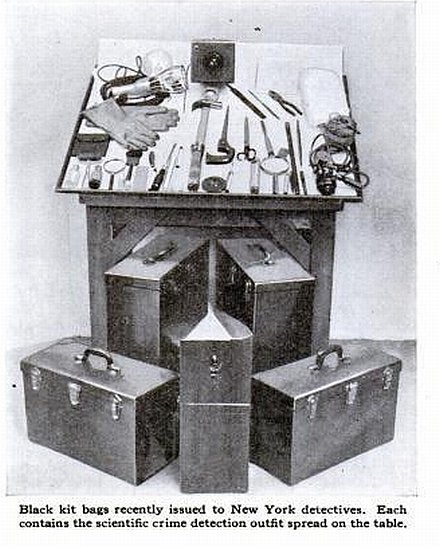 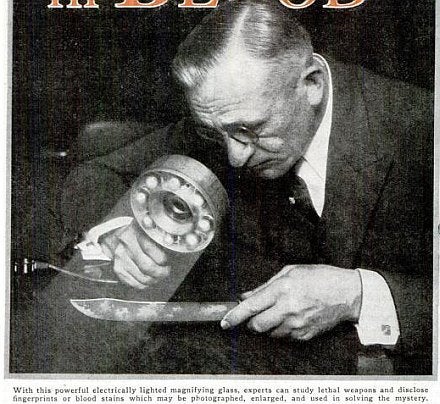 In 1931, the study of forensics was so hot that Popular Science began a monthly column devoted to scientific Sherlocks. Edwin W. Teale studied a different branch of the burgeoning criminalistics world — from using black light to pick up secret criminal messages to fingerprinting bullets — in each issue. First up? Testing telltale blood to place villians at the scene of the crime. Nearly every episode of that famous TV forensics franchise uses the detecting methods described by Teale over seventy years ago. 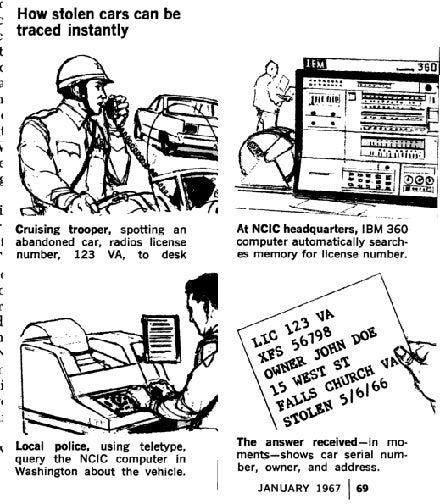 The National Crime Information Center (NCIC) was implemented as the central database for crime-related information in 1967. By centralizing files of lawbreakers, local police could link crimes crossing state borders and apprehend criminals more quickly. Writing for Popular Science, J. Edgar Hoover hoped that one day soon the NCIC could also lend itself towards cataloguing the FBI’s fingerprint records. Still in place today, the database has thankfully been upgraded from its original 100 word-per-minute processing speeds. 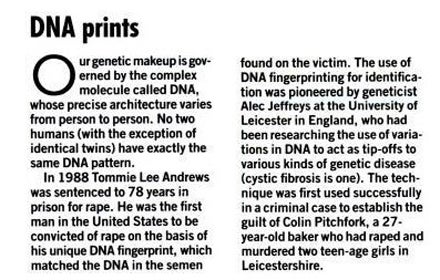 Although first pioneered in 1985, DNA profiling wasn’t successfully used as evidence in an American trial until the year it won Popular Science’s “Best of What’s New” award in 1988. That year, the first conviction on the basis of a unique DNA fingerprint was delivered. DNA profiling would become one of the strongest points of evidence in bringing criminals to conviction. Can we call it or what?