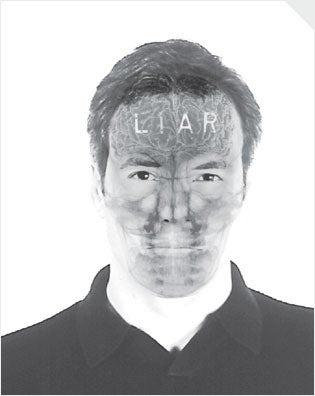 The Department of Defense isn’t saying whether lie detectors are being used to grill prisoners captured in the war against terrorism. An FBI spokesman is only a bit more revealing: “It’s fair to say polygraphs are being administered in some cases,” says Paul Bresser. But most experts assume that the polygraph is an integral part of the interrogator’s toolkit. “We used
it in Vietnam, in Korea, and World War II,” says Daniel Sosnowski, a member of the board of directors of the American Polygraph Association. “There’s no doubt they’re using it with Taliban and al Qaeda detainees.”

Which highlights a problem: As erratic as lie detectors are under normal circumstances, they can be even more unreliable when the subject doesn’t speak English. The translator has to “get the nuances and wording just right, or the lie detector test is useless,” says James Allan Matte, president of Matte Polygraph Service Inc. A “terrorist camp” is not the same as a “training camp” or “military base.” Yet a translator who’s not entirely fluent in both languages, or one with an ax to grind, may accidentally or purposely confuse such phrases.

A terrorist’s disregard for human life or his zealous loyalty to a cause wouldn’t affect a polygraph’s accuracy, experts say. “People have physiological reactions to lies even if they believe lying is good or has a holy purpose,” says Frank Horvath of Michigan State University’s School of Criminal Justice. But a terrorist’s disdain for his captors could make the polygraph useless, Horvath adds. Uncooperative subjects would likely refuse to read the questions first, which is necessary to make sure they understand the queries when they’re later posed orally. Moreover, a rebellious subject won’t respond thoughtfully enough for the test to have validity. “The idea that you can tie someone against his will to a polygraph and

interrogate him for hours is just myth,” Horvath says.