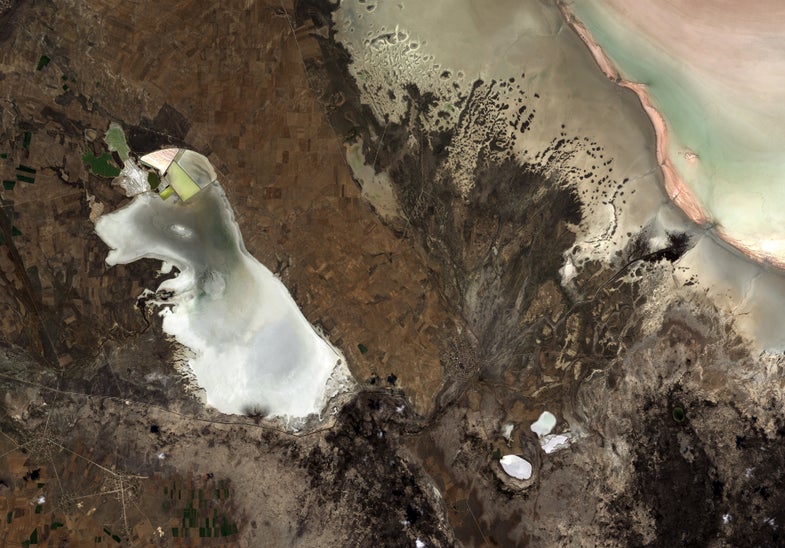 This may be a picture of Turkey, but if you squint, it also kind of looks like a turkey with a white head and a brown tail, right?

The image, captured by Japan’s ALOS satellite in 2010, shows the Anatolian peninsula, the Asian part of Turkey, after a dry summer left a thick layer of salt from Lake Tersakan (left) and Lake Tuz (right) exposed.

The white of the salt is so intense that Earth-observing satellites use it to white balance their sensors. Half the salt eaten in Turkey comes from Lake Tuz, one of the largest saltwater lakes in the world. In Turkish, Tuz Gölü means “Salt Lake.”