Should We Really Be Encouraging People To Buy Books? 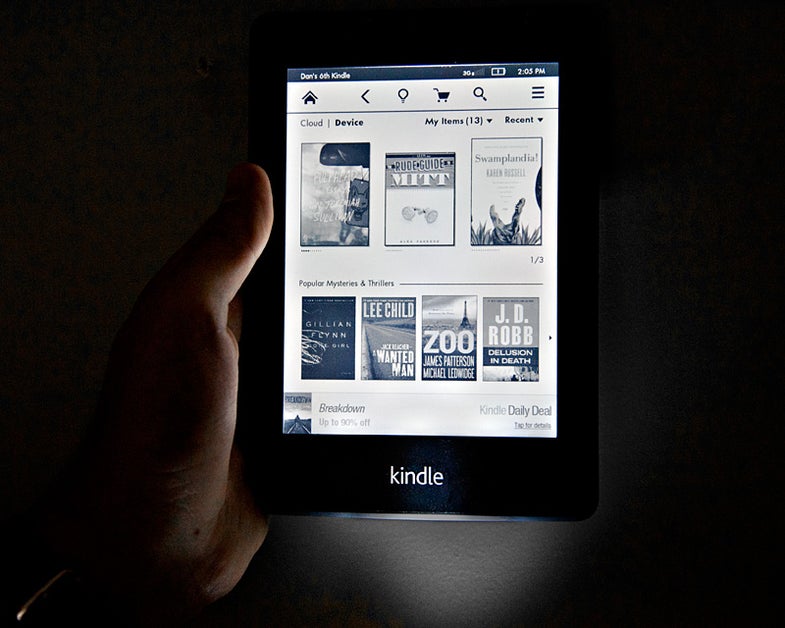 Yesterday, Amazon announced the new MatchBook service, which offers a deeply discounted Kindle version of a book when you buy a new copy of the physical version. It’s something people have been calling for for a while; why not toss in a digital version, which is essentially free to create and distribute? And it’s not just new books–if you’ve ever bought a qualifying book from Amazon, even all the way back in 1995, when the site launched, you can get a digital edition for somewhere between $3 and free.

But we got to thinking: this service sounds great for padding out your bookshelves, but might it have a more negative effect on the environment? After all, won’t this encourage people who would normally buy relatively environmentally-friendly digital books to spend a couple extra bucks for a physical copy they don’t even need?

The move to ebooks in the past few years has been a victory, overall, for the environment. Printed books are surprisingly awful in this respect; we all sort of assume that that much paper can’t be great for the environment, but the actual amount of carbon dioxide emissions is shocking.

This study from CleanTech estimates that reading three paper books per month for four years–a total of 144 books–will result in 1.074 metric tons of carbon dioxide emissions. The EPA estimates that regular use of a car results in about 5.1 metric tons of carbon dioxide emissions per year, so, using some very tricky math, that means that over that same four-year period, a car will let loose with 20.4 metric tons of emissions. The books may only be 1/20th of the car, but I’d bet that’s more than you expected.

The least environmentally friendly part of the bookmaking process isn’t necessarily the loss of trees. Much of the wood used to make the pulp that’s turned into paper is actually byproducts of wood used to make other items–a cobbled-together mush of regular wood, woodchips, sawdust, and other wood detritus. The trees themselves aren’t of one type; partly by virtue of paper’s origin in castoffs, and partly because it doesn’t much matter what kind of wood pulp you use, paper is made from a mix of softwood and hardwood, big trees and small trees, all kinds of stuff. Conservatree estimates that it takes about 24 trees to make one ton of non-recycled printing paper–but of course some is usually recycled these days, and some is from sustainable sources like bamboo.

The real problem with physical books is in creation and transportation. It takes a lot of energy to cut down trees, process them into pulp, strain them, press them, heat them, print them, and bind them, and then it takes even more to ship them all over the world.

The Kindle, on the other hand, requires a lot more nasty stuff to get made–mostly mining for materials for the battery and screen, and factory emissions from production–but after that’s done, the environmental cost of each book you read on a Kindle is near zero. (Near-zero and not zero, because operating the servers that wirelessly deliver the ebooks uses a little bit of energy.) Slate estimated back in 2010 that by the time you’ve read your 23rd book on the Kindle, you’ve gotten yourself equal to the environmental cost of reading physical books–so everything after that is gravy. (The environmental cost of disposal is something else entirely, but let’s leave that alone for now.) 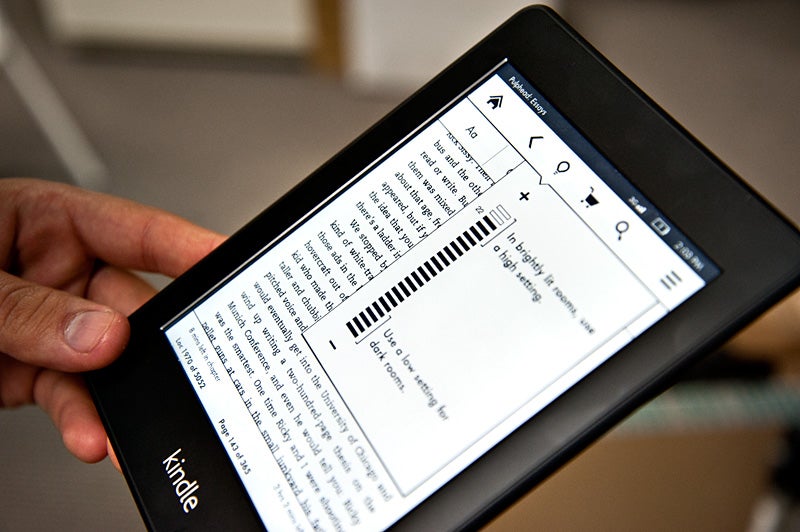 Kindle ebooks are now more successful than physical books, according to Amazon itself (which never releases specific Kindle sales numbers). Amazon said about a year ago that for every 100 books sold on its site, 114 ebooks were sold. That includes books available in print but not digitally, and doesn’t include free ebooks (books that are old enough to be in the public domain, like the Sherlock Holmes books, are easily and legally found for free.) Book sales are finally recovering from the crash felt in 2008; in 2012, total book sales in the U.S. rose 6.2 percent from the year before. That’s modest, but the explosion of ebook sales isn’t; in that same 2011-2012 period, sales of ebooks more than doubled. We’re shifting from a culture of print reading to a culture of digital reading.

So if more people are buying digital than physical books, it’s safe to say that the tide is turning, and, in general, our book-reading habits are getting more and more environmentally friendly. Great! But people still like having physical books, because they look nice and impressive on bookshelves, even if we prefer buying (and, possibly, reading) digitally.

If we assume that there are lots of people who have been buying digitally but would also like a hard copy (which, judging by the enthusiasm on Twitter, there are), then we can also conclude that MatchBook will also lead to more demand for physical books. A person who usually buys physical books now has a bonus; that person can spend a couple bucks and snag a digital copy, which has a minimal environmental impact.

This is great news. Book publishing is progressing, environmentally (we’re making no claims about the feel of a printed book in the hand here). But Amazon’s MatchBook service is a step backwards. Someone who usually buys digital books may now opt for the physical + digital bundle, meaning that their environmental impact goes way up. The price difference will likely be small. Khaled Hosseini’s new book, one of the biggest sellers of 2013, sells on Amazon, at the time of writing, for $14.87 for the hardcover and $10.99 for the Kindle version. Assuming that the digital tie-in is expensive, at $2.99, that means that the digital-only package (which, from the stats, is what most people would buy) is $10.99, but you can have a nice hardcover tossed in for $6.88 extra. And that’s the most it could possibly cost! Under seven bucks for a hardcover? Sure, why not? And for lots of books, that could be even less–maybe a couple of dollars, maybe nothing at all. It’s very enticing, which is why Amazon’s offering it in the first place.

This isn’t an outright criticism; this is a nice service from the consumer perspective. I personally prefer reading on my Kindle; it’s small and light and the screen lights up and it holds a bazillion books. But I also like quietly boasting about the books I read, because I am awful, and so I will probably spring for the couple-dollar premium to get the digital/physical bundle. It’s a friendly deal in the economic sense; readers get something for cheap, publishers and authors and retailers (well, Amazon, the singular retailer) gets more money. But it could also put a dent in the progress we’ve made environmentally.