Big Pic: A Martian Eclipse That Looks Like Googly Eyes

As the Mars rover Curiosity glances up at the sun, one of the moons that orbits its new home passes in front of the sun. 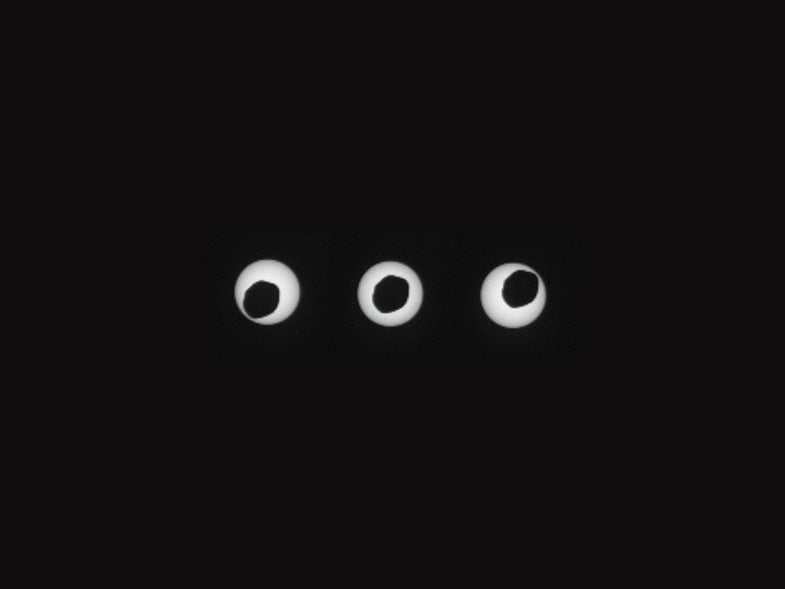 On August 17, life on Earth was fairly ordinary. It was a warm summer Saturday here in the northern hemisphere, a sunny day in which couples were married, beaches were lain on, books were read, and frisbees were thrown. Many wore sunglasses and turned their faces skyward, soaking up the rays.

On Mars, millions of miles away, a car-sized robot birthed on Earth was alone. On that sol, as days on Mars are called, the rover, named Curiosity, continued its drive toward Mount Sharp, a massive peak in the Gale Crater. Curiosity paused. It, too, glanced to the heavens. And it saw one of its new moons, Phobos, pass directly in front of the sun–the same sun beachgoers on Earth craved, the same sun plants on Earth craned towards. Curiosity took three pictures of the eclipse, three seconds apart, as Phobos moved across the dark Martian sky.