U.S. agencies have been doing a lot over the past year to try to fix weaknesses in forensic science. 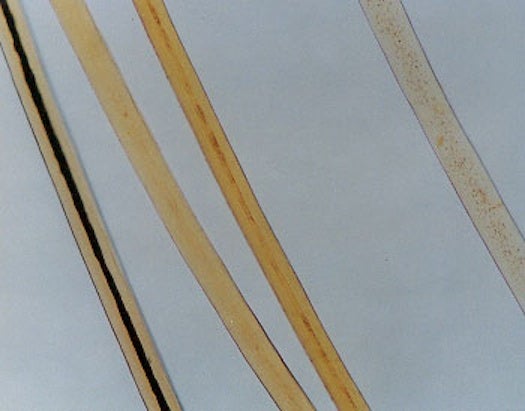 So this is what happens when you exaggerate the power of your science. The U.S. Federal Bureau of Investigation announced last week that it’s going to review 2,100 cases it solved between 1985 and 2000 to see if forensic analysts overstated their evidence or reported their evidence inaccurately.

The cases all have to do with microscopic hair analysis, in which analysts examine hairs under a microscope for characteristics such as color and thickness. The cases up for re-examination include ones in which defendants already have execution dates, McClatchy reports.

Forensic analysis techniques have come under fire over the past decade, as scientists have have questioned whether analyses are truly as ironclad as they may seem on the witness stand. Now, we’re finally seeing several different efforts from federal agencies to fix the flaws in forensic science. In 2012, the Department of Justice announced it would review at least 21,000 cases that went through the FBI’s hair and fibers unit. This February, the department created a commission that will set certification standards for analysts.

In the hair microscopy cases, the FBI will offer free DNA tests to those defendants whose cases have errors. The Department of Justice has agreed not to raise certain objections, such as the statute of limitations, against defendants who want to challenge their convictions based on a microscopic hair analysis.

It isn’t clear how accurate non-DNA hair analysis is. In its 2009 report, the National Academy of Sciences found no good studies of the technique’s error rates. The academy concluded that it has “limited probative value” and isn’t able to pinpoint individual defendants.

The FBI isn’t ready to give up on the analysis just yet, however. “There is no reason to believe the FBI Laboratory employed ‘flawed’ forensic techniques,” FBI Special Agent Ann Todd, a spokeswoman for the bureau, told McClatchy. It’s still used in labs, she said. Todd emphasized that the review is about analysts’ testimony.