Missing out on sleep can cause men to incorrectly gauge if women want to get it on. 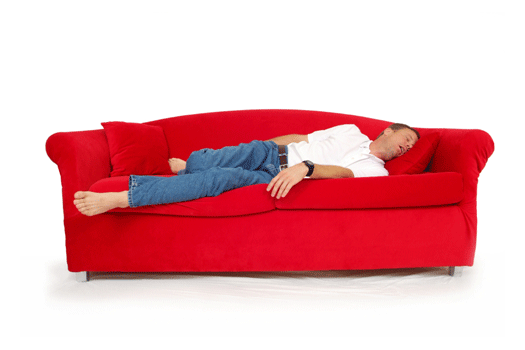 Gentlemen: if you’re running low on fuel after a poor night’s sleep, but think your luck’s improving because a woman is totally flirting with you right now, think again, because your dumb, REM-deprived brain is very possibly playing tricks on you. In a recent study, researchers found that men who’d missed out on just one night’s sleep rated women as significantly more interested in sex than usual.

In the study, a team of researchers took 60 college students (31 men, 29 women) and had them complete a survey to determine perceived intent/interest in both sex and commitment, before and after a night of sleep deprivation. (Sample question: “When a woman goes out to a bar, how likely is it that she is interested in finding someone to have sex with that night?”)

When the group answered the survey questions while well-rested, both the men and the women rated men’s interest in sex as considerably lower than women’s. But after a night of sleep deprivation, the men in the group rated women’s interest–that is, women as an entire gender–as considerably higher. In fact, it was about the same as their rating for men’s interest. The women, meanwhile, didn’t change their answers, even after losing the night’s sleep. The bad night’s sleep also didn’t have any effect on how either gender judged interest in commitment.

The researchers note that sleep deprivation has been shown to affect the decision-making parts of the brain in the same way getting drunk does, and this could be a manifestation of that. It’s a pretty small study, and only asked college students, so isn’t definitive or anything. But just to be safe, dudes: count how many hours of sleep you got before you ask for a phone number.