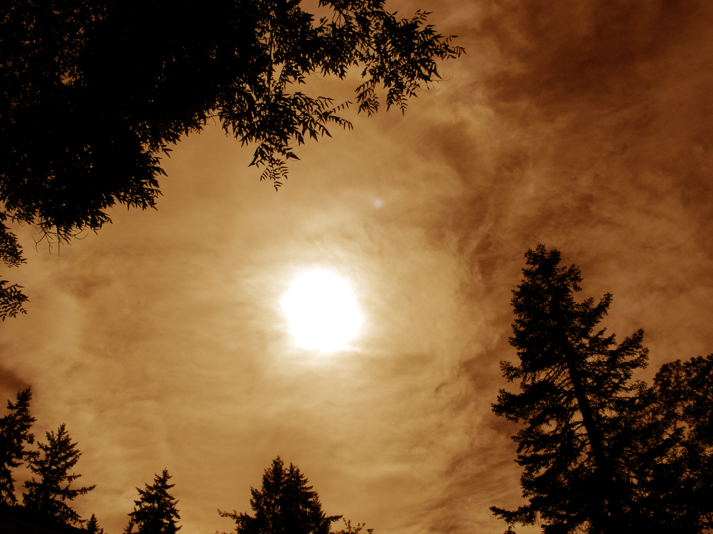 Plants could help cool down the warming world through their own climate change response, according to a new study. Trees and other plants are known to emit volatile organic compounds in response to stress–heck, they even make noise–but it’s unclear whether this affects the environment.

Some aerosols–small atmospheric particles–can contribute to cooling because they help form clouds, which reflect sunlight. The albedo effect from increased cloud cover contributes to cooler temperatures. But the role of plant aerosols in this process was not well understood.

To investigate this, Finnish researchers collected data from forests in 11 locations around Earth. They measured aerosol concentrations, plant gases, average temperatures, and the height of something called the boundary layer, which is where aerosols and atmospheric gases mix together.

They found that plant emissions do impact climate warming, but only by a tiny degree. Globally, enhanced plant emissions counter about 1 percent of global warming. In forested areas where plants are concentrated, the effect is a more meaningful 30 percent, however. That could mean heavily treed areas–like the boreal forests of Canada, Siberia and Finland–could warm up more slowly than heavily populated areas in more southerly latitudes.

The exact ramifications of plant emissions are still incredibly complex, but the researchers point out that theirs is the first study to quantify it at all. “In estimates of anthropogenic climate change and the effects of aerosol-related air quality directives, the response of the biosphere has to be considered,” they write. Their paper is published this week in Nature Geoscience.