Despite Widely Varied Appearances, Giant Squid Worldwide Are Only One “Very Weird” Species

And you thought your relatives were odd looking. 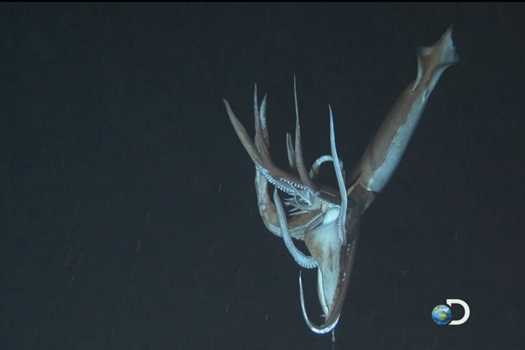 Because they’re such mysterious creatures, scientific debate rages over how big they really are, how many species there are and how they behave. What we know about them is largely based on finding dead squids washed up on beaches or in the stomachs of beached sperm whales, with the occasional live specimen. Yet a study out today in the journal Proceedings of the Royal Society B says that despite theories that there are up to eight species of squid, there really is only one giant squid species to rule them all.

After sequencing the DNA from 43 tissue samples taken from a variety of giant squid around the world (mostly collected from dead carcasses), researchers determined that there is very little genetic diversity among squid, although their appearance can vary.

Thomas Gilbert, one of the study’s authors, describes the findings as “very weird.” The giant squid has the lowest nucleotide diversity (a measure of differences in a population) of any marine species with the exception of the basking shark. They could find no genetic differences between samples taken from Florida and samples taken from Japan.

“Things that live in one area eventually become different from things in other areas but [giant squid] are basically identical everywhere,” Gilbert explained to BBC Nature. This could be because of a population boom, or because larval squid float around the world on currents before they are fully grown. “Instead of the adults and their young living in the same place, the young distribute to a completely new place on the Earth every time,” he said.