A Bookie’s Odds On The Next Pope [Infographic]

Updated hourly, for your convenience 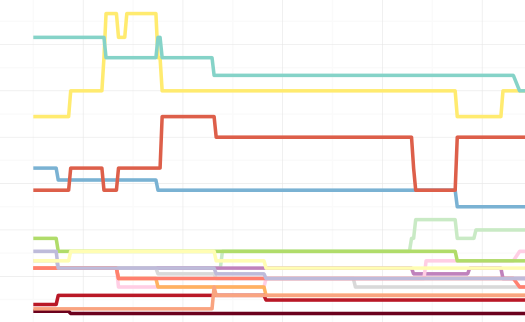 It looks like Archbishop Angelo Scola is a top pick among Vatican-watchers for the next pope. Wanna bet on it?

Now you can (But only if you’re not American; betting on the pope is illegal in the United States because it’s considered an election). AJ, an analyst at a healthcare company, has written some code that automatically scrapes odds that different papal candidates will win the Catholic Church’s authoritative position. The odds come from Irish bookmaker Paddy Power, AJ told Popular Science in an email, and they’re updated hourly.

Right now, AJ’s bookie’s top pick is Cardinal Peter Turkson of Ghana. If chosen, Turkson would be the first African pope in a very long time.

Not all bookies agree, of course (though Turkson is high on many lists). Oddschecker compiles the numbers from 13 bookkeepers and places Archbishop Angelo Scola of Italy on top.

Betting on the pope has a long history, which the New York Times’ FiveThirtyEight blog recounts. In 1591, Pope Gregory XIV had to forbid Catholics from betting on who would be pope or how long his term would be.

AJ’s code is publicly available on Github. He’s also made this neat little application that lets you see the most likely candidates for pope for up to 15 candidates.

This article originally said statistician David Smith made the application shows the most likely pope candidates. AJ actually made the application; Smith reposted it. I apologize for the error. The article also originally cited AJ’s blog post that his number come from a “prominent bookmaker.” The bookie is Paddy Power, AJ later told us.