Neil Armstrong, First Man on the Moon, Dies at 82

The reclusive astronaut is finally at rest 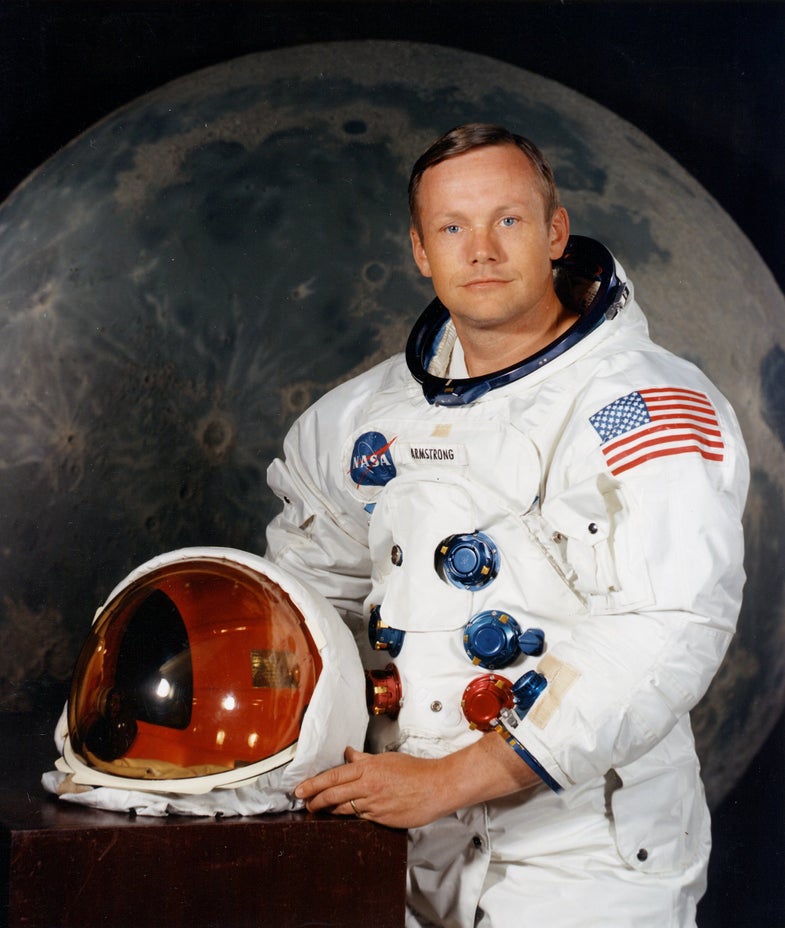 Neil Armstrong’s one small step, indelible in the minds of generations, will live far beyond his last day on Earth today, Aug. 25. The reclusive 82-year-old former astronaut and the first man on the moon may not have wanted such a legacy, preferring to focus on his role as a professor and pilot. But he will remain as as reluctantly famous in death as he was throughout the past 43 years of his life.

Armstrong died Saturday following complications from heart bypass surgery, which he had two days after his birthday, Aug. 5, according to his family.

Armstrong’s first words outside the Eagle lunar lander — “that’s one small step for (a) man, one giant leap for mankind” — is one of the most recognizable phrases in the English language. The images he captured of fellow astronaut Buzz Aldrin on the lunar surface, and of the distant Earth itself, are some of the most enduring photographs ever developed.

After a hero’s homecoming following the July 20, 1969 Apollo 11 landing, Armstrong could have made a life of speeches, parades and public appearances in honor of his accomplishment, one of the pinnacle achievements in human history. Instead he left NASA within a year to teach, declined offers to run for office and eventually became “a recluse’s recluse,” in the words of a former NASA spokesman. He rarely sat for interviews, but recently recorded one for an Australian network in which he narrates a video of the Apollo 11 landing — watch it here if you haven’t already.

“Neil carried himself with a grace and humility that was an example to us all,” said NASA administrator Charles Bolden, himself a former astronaut.

Armstrong will be remembered as one of the great heroes of modern life. President Obama said that Armstrong “was among the greatest of American heroes — not just of his time, but of all time.”

On Facebook, Neil de Grasse Tyson put it best of all: “Neil Armstrong (1930-2012) was not entirely human. He was the spiritual repository of our spacefaring dreams & ambitions. In death, a little bit of us all dies with him.”

Many more words remain to be said about Armstrong, his role at NASA and its future, and the legacy of Apollo. But for now, raise a toast if you have one to one of the greatest aviators who ever lived — and who was more than one American’s own personal hero. 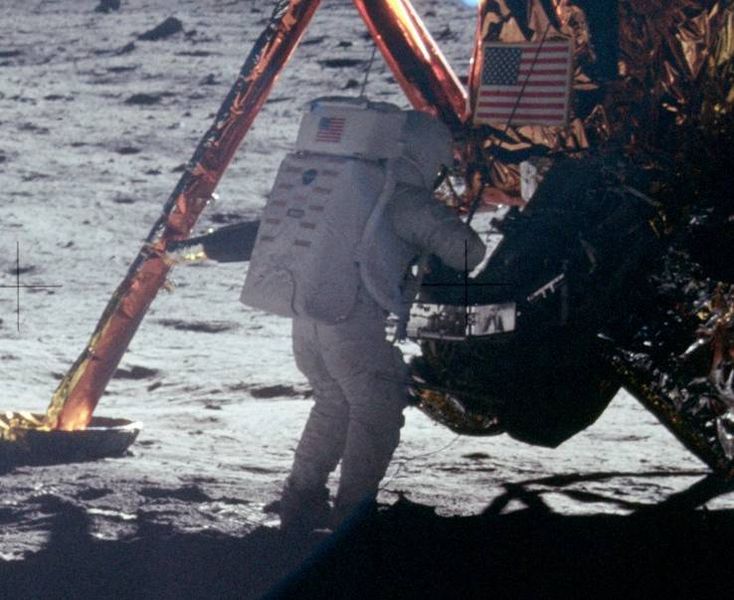 Armstrong on the Moon

This is the only image of Neil Armstrong taken on the surface of the moon.
neil armstrong