Brain-like computers could soon become a lot more common. Earlier this year, we heard about a project involving DARPA and... 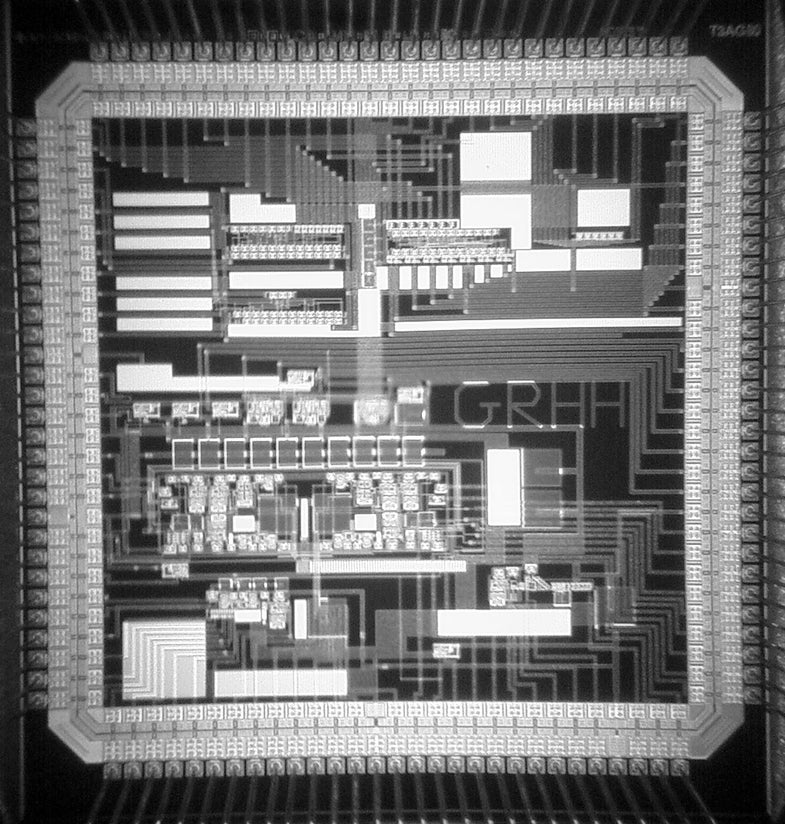 Brain-like computers could soon become a lot more common. Earlier this year, we heard about a project involving DARPA and IBM to create a functioning neurosynaptic chip, which works somewhat like a brain in the way it learns and remembers. Now MIT engineers have designed a chip that mimics the function of a synapse in the brain, in its ability to model specific communications among neurons.

The new chip could help researchers study the brain, and it could be used in neural prosthetic devices such as artificial retinas.

The MIT chip has 400 transistors, which together can emulate the activity of a single brain synapse. A synapse is the gap between neurons that enables the release and binding of neurotransmitters to and from dendrites. These transmitters are chemicals that activate ion channels in the neurons. The ion channels open and close to change the neuron’s electrical potential, which then causes the cell to fire an electrical impulse.

The new chip works by mimicking the action of these ion channels, according to MIT News. The transistors allow current to flow through them continuously — unlike the on-off design common to so many other chips, but like the synaptic cleft “gate” in brain cells. By tweaking the chip transistors, MIT engineers can mimic specific ion channels in neurons — in this way, they can create any synaptic situation that would lead to the firing of an electrical impulse.

“We now have a way to capture each and every ionic process that’s going on in a neuron,” said Chi-Sang Poon, a research scientist in the Harvard-MIT Division of Health Sciences and Technology and author of a paper describing the new chip.

This ion channel mimicry will allow researchers to emulate synaptic plasticity, a special feature of brain cells that enables them to perform tasks to which they were not initially assigned. Computer chips that can do this would be a major breakthrough.

The researchers say this chip is the first to demonstrate capability in spike-rate-dependent plasticity and and spike-timing-dependent plasticity. These two characteristics of the brain strengthen and weaken synaptic connections. So the chip’s ability to follow both paths lends it a much more realistic design.

The brain has about 100 billion neurons connected in various ways throughout a vast web of synapses, so just one synapse is a long way from an artificial brain. Still, it’s another step in learning not only how the brain works, but how scientists might apply some of those rules to electronic systems.

The paper is published in the Proceedings of the National Academy of Sciences.