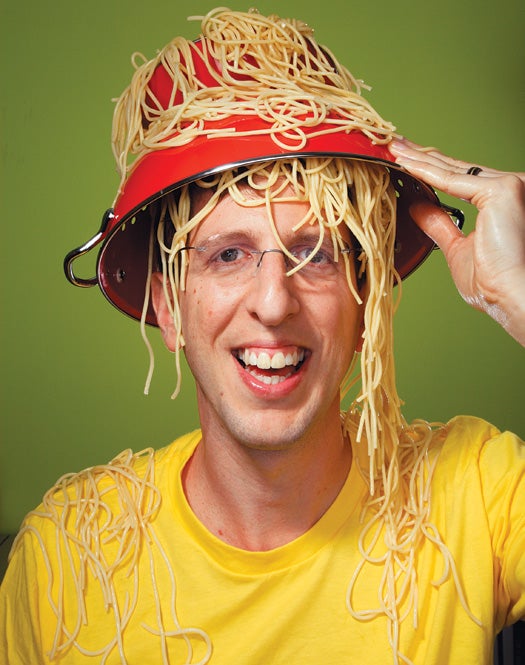 When Eitan Grinspun’s adviser at the California Institute of Technology asked him to help develop a better way to model how cans bend when crushed, the young mathematician did not think it would be a major project. “He lured me into something that took years and years,” says Grinspun, now at Columbia University. But the journey to model a crushed Coke can ended with an entirely new field of geometry.

Differential geometry can describe how the curves and surfaces of a given object will bend and crease. The problem, Grinspun says, is “that differential geometry is built for smooth surfaces with infinite detail.” Computers can process only a finite amount of detail. For example, to describe a circle, computers must divide that circle into a series of connecting short sides—the greater the number of sides, the smoother the circle. Describing all of the curves and creases in a crushed can accurately takes a huge amount of processing power, so Grinspun—one of only a couple of mathematicians in the field with a background in computer science—set about translating the theorems into a more elegant set of instructions for the computer, allowing existing processors to break the infinite into discrete units far more efficiently.

Grinspun’s method works by concentrating on the places where most of the movement will occur—in the case of the Coke can, the areas where it folds as it crumples. “There are a lot of flat regions where not much is happening,” he says. “If a computer spreads its attention equally, it’s not going to the interesting parts, where cracks are forming.”

Once Grinspun and his colleagues established this new approach, which they call discrete differential geometry, the queries from physicists, engineers and animators started arriving. Disney and Weta Digital use his theorems to make fabrics and hair move more convincingly. Physicists at MIT have created origami out of small sheets of plastic and water drops. Engineers can now far more accurately predict how cables will fall to the seafloor. “For me, [this field] is a playground,” he says. “I get to take any interesting physical problem—say, spaghetti movement. Toss it in the air, and it falls on the ground and it twists and coils. Why does it move that way?”

In this video, a team of researchers use Grinspun’s flexible strand technology to create capillary-powered origami.