As Synthetic Biology Marches On, Our First Encounter With Alien Life May Happen in the Lab

Should we find alien life elsewhere in the universe, what would it look like? Biologists on Earth don’t even agree... 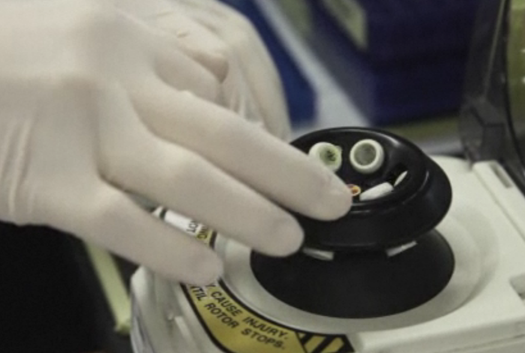 Should we find alien life elsewhere in the universe, what would it look like? Biologists on Earth don’t even agree on how life arose here–or what the definition of life really is–but one thing biologists do seem to agree on is that it would be really useful to have a second example of life to compare with our own version. But that second example most likely won’t come from some faraway planet, says the NYT’s Dennis Overbye. Scientists will more likely create it right here on Earth.

Synthetic biology and the idea of synthetic life aren’t new by any means. Just last year, for instance, J. Craig Venter made big waves by claiming that his institute had created the world’s first fully synthetic, self-replicating cell. Other researchers disputed the notion that the cell was an example of life created from scratch, but the idea was there; chemicals and molecules researchers brew in their labs may at some point spring to life.

That’s going to open up a brave new world of biology and chemistry of course, and that’s why you should probably take a minute to click through and read this piece on your lunch break. It’s mostly the story of Scripps Research Institute scientist Gerald F. Joyce, who has created some molecules of RNA–very many, actually–that are capable of replicating (reproducing) and adapting (evolving), meeting two of the main pillars in many definitions of life.

His RNA molecules aren’t self-sufficient and can exist only under controlled laboratory conditions. And Joyce himself doesn’t consider them synthetic life–yet. But we’re getting much, much closer to creating it in the lab he says. After all, some respected biologists have posited that in the early days of life, there was no DNA. RNA acted as both the machinery of life (the role it plays now) as well as the design drawings (the role currently played by DNA).

In other words, RNA molecules themselves aren’t considered alive, but at some point in the past life may have been somehow breathed into RNA. That could happen again in some test tube somewhere. Joyce already has his RNA molecules reproducing, evolving, doing battle in Petri dishes in which only the fittest survive. Which is pretty exciting/scary/anxiety-inducing/amazing. Click through below for the whole story, it’s worth a read.