Scientists have taken a big step toward curbing the impact of malaria across the globe, but the breakthrough didn’t occur... 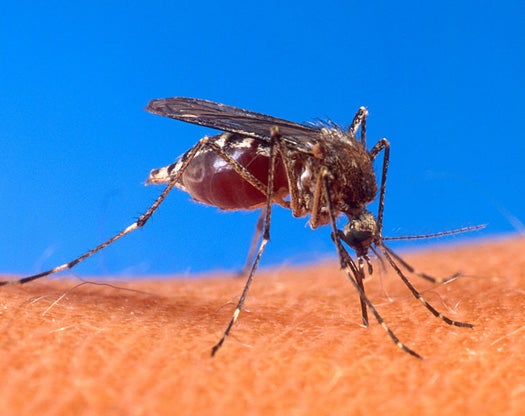 Scientists have taken a big step toward curbing the impact of malaria across the globe, but the breakthrough didn’t occur in a pharmaceutical lab. A collaboration between researchers at Imperial College London and the University of Washington has produced a gene that the team was able to effectively spread from just a few mosquitoes to most of a population in just a dozen generations. Armed with malaria inhibiting characteristics, such a gene could combat malaria at the source.

Genetically modified mosquitoes are a touchy subject in some corners of the world where malaria is most rampant, but they could be the most effective way to slow the spread of the malaria parasite in the wild. But before GM mosquitoes can be effective, researchers have to find a gene that will survive through generations. If the gene offers no evolutionary advantage, it will likely die out.

The researchers circumvented this problem by inserting a gene into the mosquito genome that is quite adept at staying alive. Homing endonuclease I-Scel makes an enzyme that cuts DNA in two. When it does so, the cell’s repair mechanisms kick in, using the gene as a template when repairing the DNA. This cycle repeats itself, each time producing a copy of the original gene.

In this way researchers were able to create male mosquitoes in which every sperm they produce carries the gene. Their offspring carry the gene, and so do their offspring. In laboratory experiments, the team inserted just a handful of GM mosquitoes into a population. Twelve generations later, half the mosquitoes were carrying their modified gene.

If researchers can now “weaponize” the gene to inhibit the development of malaria, GM mosquitoes could be released in malaria-prone locales to mingle with wild populations, killing malaria bugs in the cradle. That opens up a whole new conversation about the dangers of GM organisms and the law of unintended consequences. But it’s nice to know that, if called for, we can wage genetic warfare on an illness that generally kills at least a million people per year, most of them children.