Biologists have just discovered two new species of freshwater stingray in the Amazon rainforest, informally christening them “pancake stingrays” for... 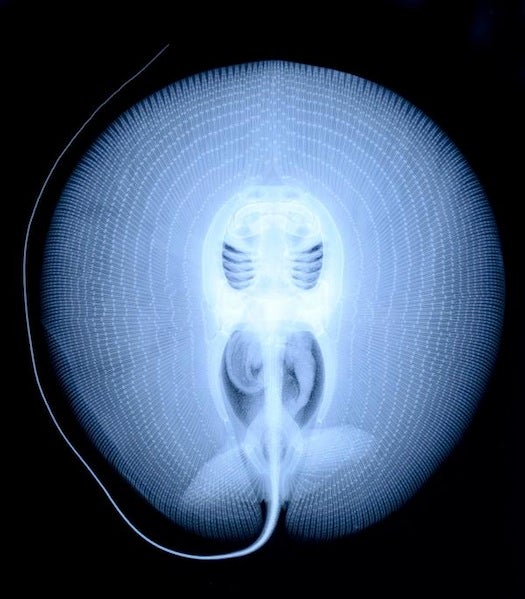 Biologists have just discovered two new species of freshwater stingray in the Amazon rainforest, informally christening them “pancake stingrays” for their distinct IHOPian appearance (see below). Naturally, one of their first orders of business was to x-ray one of the specimens, the unearthly result you see above.

The two new species, Heliotrygon gomesi and Heliotrygon rosai, are quite large, though other stingray species in this family (comprised of freshwater stingrays from the New World tropics) can reach an unnerving five feet in diameter. The x-rayed specimen is a preadult male in the Heliotrygon gomesi species, found in the rainforest near Iquitos, Peru. 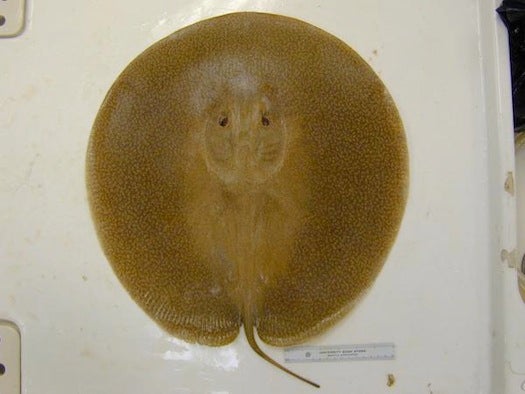 The biologists are particularly excited; the discovery of two new species of large fish shows that the Amazon has not nearly been fully explored or documented. Who knows what else is out there? We’re still in awe of the x-ray, but we’ve been known to obsess over the innards of just about everything (organic or not).

[Our Amazing Planet via Boing Boing]