Green cars require green roadways, and to that end Finland is planning the world’s first “green highway,” an 81-mile stretch... 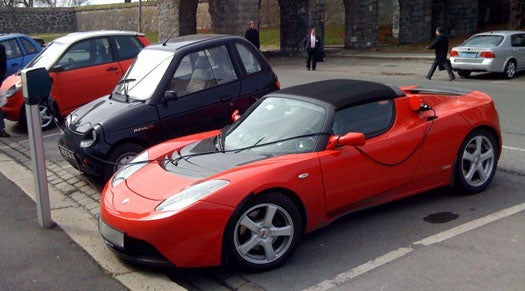 Green cars require green roadways, and to that end Finland is planning the world’s first “green highway,” an 81-mile stretch of pavement dotted with electric charge stations and pumps pouring locally made biofuel that will hopefully stimulate the adoption of next-gen auto technologies.

The project goes beyond the highway itself to include local economies along the route. The plan calls for increased local ethanol production from waste and other resources found along the way, as well as clean electricity to power both the cars and infrastructure along the way. The plan also is toying with the idea of installing geothermal heat pumps, providing information to cars on their emission levels, and installing smart lighting systems along the way that adjust illumination levels depending on the weather and other factors.

The plan isn’t concrete yet, but the Loviisa municipality is spearheading a study and other efforts to determine its feasibility. The green highway would complete a stretch of exiting highway and would link Turku on the country’s southwestern coast with Vaalimaa near the border with Russia. If the project doesn’t hit too many speedbumps, it could begin construction as early as the second half of next year, completing construction by 2016 at a cost of $900 million.

All this sounds good, but if Finland gets the EU financial support it’s hoping for, we’d like to see them spring for solar and vibration harvesting road surfaces that generate electricity for the grid. And what about self-sufficient solar-powered roadway lighting? Those technologies haven’t all been perfected just yet, but with an 81-mile project to work on over the next six years researchers and private industry could probably learn — and accomplish — a lot.