Check out this latest image from Cassini, NASA’s orbiting Saturn outpost. It shows the small Saturnian moon Dione in crisp... 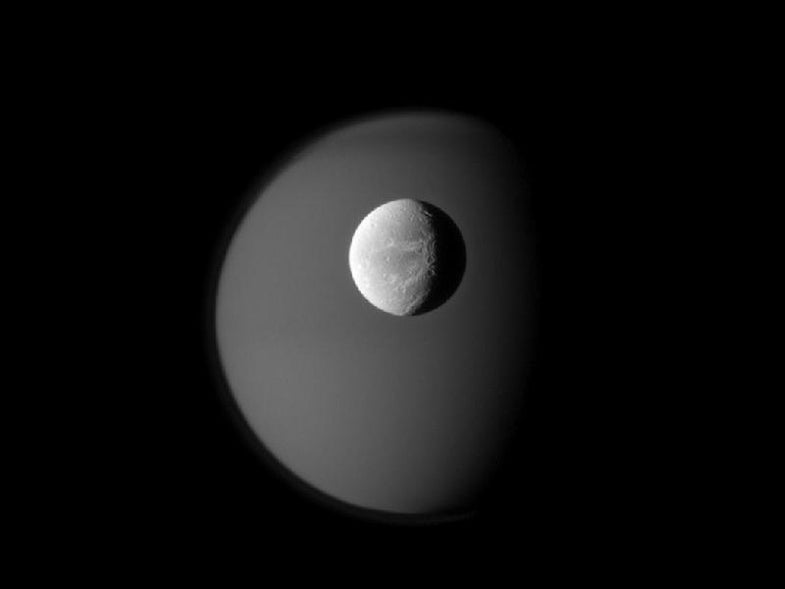 Check out this latest image from Cassini, NASA’s orbiting Saturn outpost. It shows the small Saturnian moon Dione in crisp detail, in front of the hazy atmosphere of Titan.

Cassini takes pictures like this all the time, so it’s easy to forget how amazing it is: We have a foil-wrapped 22-foot-tall spacecraft whizzing around the rings and moons of the sixth planet, snapping stunning vistas of a place no human will likely ever visit. And each photo is more amazing than the last.

One of my most vivid childhood memories is seeing the rings of Saturn through a telescope for the first time, during a star party at the Denver Museum of Natural History. I had seen pictures, of course, but it blew my mind that I could see the rings with my own eyes, in real time. It somehow gave life to what had previously been an abstract concept, of a distant orb we can barely see on a clear night.

That’s why I love Cassini. Its cameras lend so much texture and realism, even vivacity, to the strange worlds beyond our own.