DNA genome sequencing has the potential to unlock a lot of secrets of our biology, but the process of DNA... 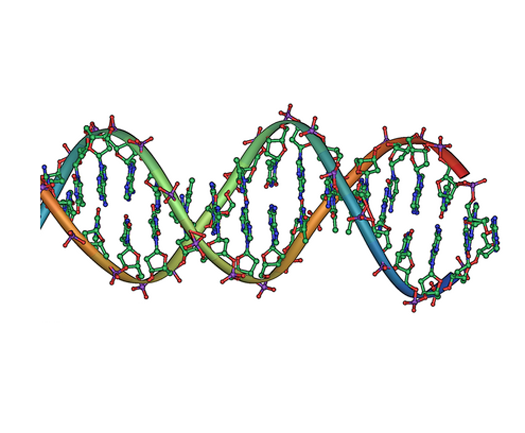 DNA genome sequencing has the potential to unlock a lot of secrets of our biology, but the process of DNA amplification — making billions of molecular copies of a DNA strand in order to create a large enough sample to analyze — takes a lot of time and money. So a Boston University team came up with a novel solution: avoid amplification altogether. Their new sequencing method analyzes DNA faster and more cheaply, from samples several orders of magnitude smaller than those required by traditional methods.

Current DNA sequencing techniques require a sample that is both large in molecular size and short in length — less than a thousand base pairs — and that requires amplification of short segments of a sample. But amplification takes time and, like any rendering of a rendering, can produce imperfect copies. The Boston University team, along with collaborators from New York University and Bar-Ilan University, instead harnessed electrical fields to feed long strands of DNA through four-nanometer-wide pores, analyzing each DNA molecule as it is bottlenecked through the tiny openings.

The electrical fields pull on the negatively charged strands of DNA to coax them through the nanopores, but before they could do that they had to garner an understanding of how DNA behaves at the nano-level. What they found surprised them: the longer the DNA strand, the faster it found its way toward the nano-pore, so the new method not only can analyze strands without first amplifying them, but it is optimized for sequencing longer strands.

As a result, the new method can analyze longer strands of DNA in less time and at less cost, from a sample 10,000 times smaller than that needed for conventional sequencing methods. Not to mention, it does all that while eliminating the errors that generally accompany amplification. Not bad for a four-nanometer-wide hole.