Actually, You Can Teach An Old Dog New Tricks 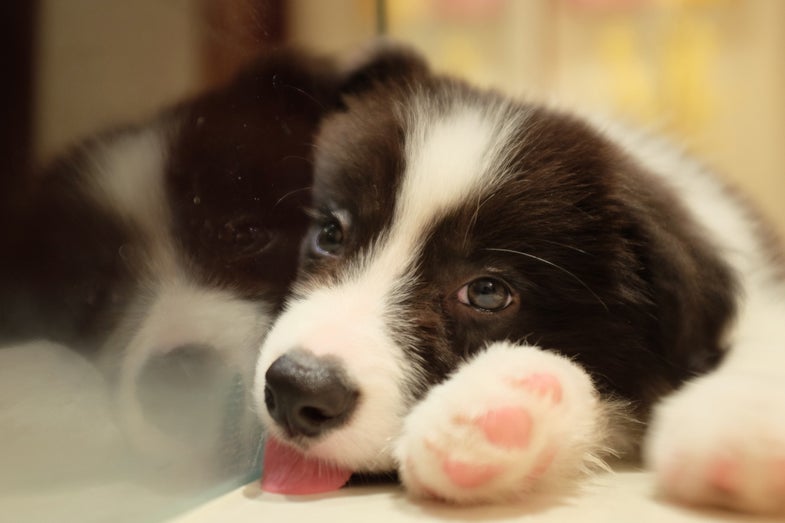 Chaser—the border collie who knows more than 1,200 words—has been called the world’s smartest dog. Could she lose her title as she enters her teen years? Researchers in Vienna studied aging dogs’ cognition, and the results are promising.

The researchers tested pet border collies on their logical reasoning, ability to learn new visual associations, and memory, and found that dogs’ learning abilities do decline as they get older. But the researchers also found that older dogs outperformed younger dogs on reasoning tests, and maintained their long-term memory into old age.

They tested 95 border collies, ranging in age from five months to nearly 14 years old. They divided the dogs into five age groups intended to reflect the developmental periods of a border collie’s life (late puppyhood, adolescence, early adulthood, middle age, and late adulthood). Researchers first trained the dogs to use a touchscreen monitor with their noses, and then tested their cognitive abilities.

This border collie selects an image on the touchscreen using its nose.

To test the dogs’ ability to learn visual associations, the researchers showed them a row of drawings next to a row of underwater photos. The dogs were trained to have a positive association with one type of image—they received a treat when they selected it—and a negative association with the other type of image, which they did not receive a treat for selecting. They were then tested on their ability to select the “correct” visual. The youngest group of dogs took the fewest tries to do so, and the dogs’ abilities to learn new visual associations declined with age.

The next task tested the pups’ inferential reasoning skills. Once again, they saw two types of visuals on the screen, but in this task, one of the visuals was entirely new while the other was from the previous task and had a negative association. On this test, dogs performed better with age. However, the researchers cautioned that this may have been due to learning rather than reasoning: because they didn’t give the dogs rewards for choosing “correctly” on this task, the younger dogs—the more flexible problem-solvers—may have reacted to this lack of reinforcement by choosing randomly earlier than older dogs did.

To test the dogs’ long-term memory, the researchers brought them back to the lab after at least 6 months and repeated the reasoning skills test. They found that age did not appear to affect long-term memory and that the majority of pups performed well on this task.