Cold Warbirds in the cold 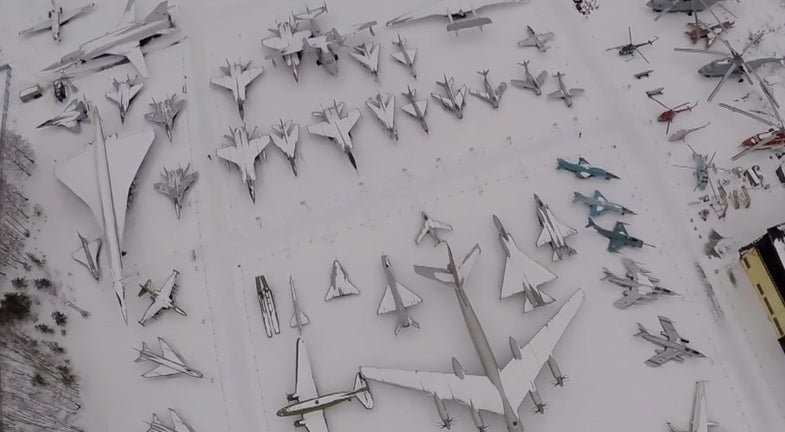 In another timeline, these silver jets glistening in the snow would be radioactive wrecks, doomed participants in an apocalyptic war. Instead, these retired Soviet jets wait as museum pieces on the grounds outside Russia’s Central Air Force Museum in Moscow. There’s an American counterpart in the desert outside Tuscon, full of former Cold Warriors cooking out in the sun, and there are others in Russia itself. Still, this one provides a nice footnote to the history of 1950s MiG fighters and abandoned supersonic bombers: The museum was recently filmed by drone, a robotic eye from a remote control vehicle capturing the stillness of history.