After October 2014 Explosion, Orbital ATK Prepares To Launch Again In May

A new rocket rises from the ashes 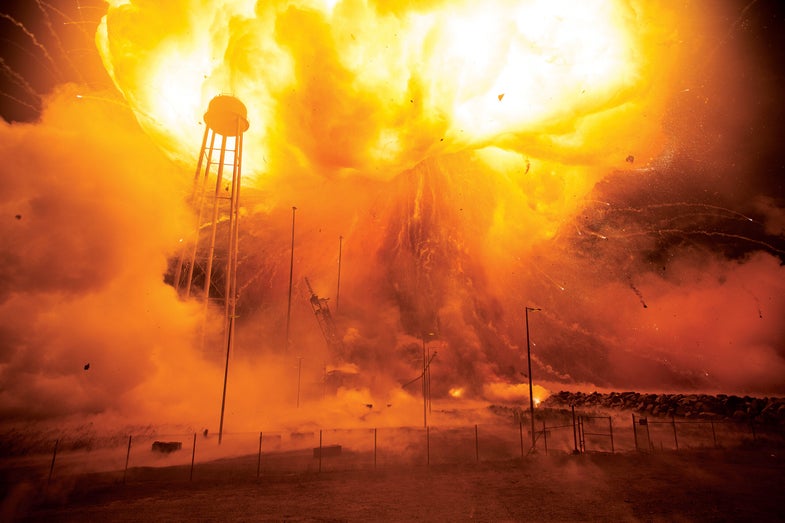 No one ever said rocket science was easy. In October 2014, a routine delivery to the International Space Station of a few thousand pounds of science equipment and foods blew up just after launch. The explosion occurred just 15 seconds after launch, and the hazard area stretched for 1,400 square miles.

There weren’t any injuries, but the accident has kept the Antares rocket—and its makers, Orbital ATK—grounded for a year and a half.

A faulty turbopump in one of the main AJ-26 engines was to blame, so the company gave Antares a whole new engine, the RD-181. When the Antares 230 rises from the ashes in May 2016, it’ll be more powerful than ever, capable of carrying an extra 1,300 pounds of cargo.