Ditch your phone’s default apps for these superior replacements 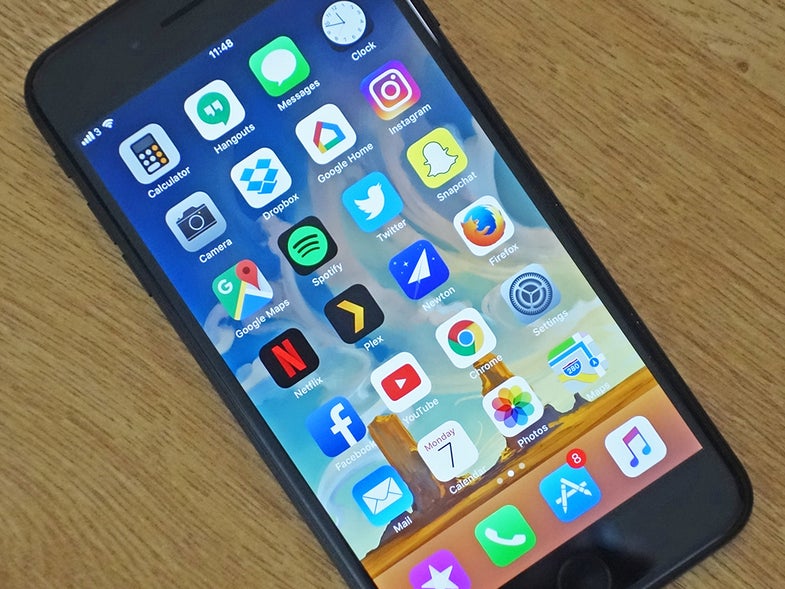 Settling for the default email, messaging, and browsing apps on your phone? It’s understandable—both iPhones and Androids come with slick and powerful programs, which Apple and Google, respectively, make available from the first time you power up your device. But if you haven’t at least tried some of the excellent alternatives out there, you’re missing out. Even if the default app works as well as the alternative version, you may not want to trust every bit of your personal information to just one tech behemoth—third-party apps let you distribute your data more evenly. We’ve picked out some of the best replacement apps for your phone, so you can see for yourself whether the grass really is greener on the other side of the…app fence.

In Android, if you prefer the alternative options, you can set them to be your new defaults. That way, opening a text message, for example, will automatically launch Facebook Messenger instead of the built-in SMS texting application. To change your default apps, open up Settings then tap Apps. Hit the three-dots icon in the upper right-hand corner and select Default apps to see a list of available categories, including ones for browser and SMS messages. Simply choose a category, and you can pick your ideal default from a list of available apps.

Unfortunately, you can’t do the same on iOS, because Apple locks its native apps in as the default ones—no matter which browser your prefer, web links will always open in Safari. This means you just have to settle for launching the alternatives manually.

Thanks to the dominance of Gmail and Apple Mail, the email app scene isn’t quite as vibrant as it once was. That said, you can still find some gems—like Newton (Android, iOS). Committing to Newton will cost you $49.99 a year, but you can test out this feature-packed email app with a free trial.

Those features include automatic email sorting, which sifts the important items from the rest; read receipts, in order to confirm that your co-worker totally did see that message; email scheduling, so your memo can appear at the top of your boss’s inbox on Monday morning; email snoozing, to make unread messages hide and then reappear when you’re ready to deal with them; the ability to sort with quick swipes; and even an undo send button. All of these abilities come wrapped up in a clean and intuitive interface on every platform.

If you already use the most popular social media network, then Facebook Messenger (Android, iOS) needs no introduction. Unlike the email app market, you have plenty of messaging options. We’ve picked Facebook’s product over its rivals like WhatsApp and Google Hangouts because it connects easily with all your existing Facebook contacts, works online as well as on mobile devices, and supports both audio and video calls.

Facebook Messenger also makes a good replacement for your built-in texting app because it can manage SMSes on Android, which not all messaging apps can do. (Unfortunately, on iOS, Apple doesn’t let anything but its proprietary Messages manage SMSes.) On top of these features, it supports group chats; lets you add emojis, stickers, and GIFs to your conversations; and even gives you the option to play games through its interface.

The number of Firefox (Android, iOS) users lags behind those of Chrome. That’s a pity, because the Firefox app packs a lot of great abilities: It allows for fast searching and browsing, offers a built-in private mode, and lets you sync your data, such as passwords and browsing history, across multiple devices.

On top of that, Firefox provides the key features any mobile browser needs, such as a speedy and slick interface that’s easy to operate with one thumb. It also includes a data-saving mode—which makes pages load faster by cutting down on the number of images and fonts that appear—for those times when you’re on the go in an area that lacks access to a strong cellular or Wi-Fi signal, or if you have a mobile plan with limited data. On top of that, Firefox can protect your privacy: It has toggles for requesting that your data isn’t logged under the Do Not Track protocol, and for stopping third-party advertising networks (the sort of tracking that shows you ads for products you’ve recently been searching for) from recording your browsing habits across multiple sites.

Apple and Google both want to take charge of your files and photos through their own apps. If you’d rather not trust them with all of your information, then as a third-party option, you can’t do better than Dropbox (Android, iOS).

Dropbox works on just about every device out there, and wherever you happen to be, it can give you access to your files in the cloud. Not to mention the extra perks it provides, like photo backups, file sharing, file recovery, and document scanning. The only downside is that you only get 2GB of room for free. So you’re probably going to have to fork out $9.99 a month for 1TB of storage space. We’d say it’s well worth it.

Among the many, many third-party camera apps available for mobile devices, VSCO (Android, iOS) stands out for its ease of use, minimal interface, and variety of features. It’s not just a camera app; it’s a photo editor and discovery tool as well.

From adding Instagram-style filters to your pictures to manually tweaking color and brightness values, VSCO suits both the casual point-and-shooter and the more advanced photographer. You can pay $19.99 a year for extra filters, but you also get plenty of options in the free version.

Unlike many of these replacement apps, Pocket Casts (Android, iOS) isn’t free. It’ll set you back a one-off payment of $3.99, but we don’t think you will regret the purchase. From discovering new podcasts to syncing playback across multiple devices, this is the ultimate podcast player for mobile.

Pocket Casts lets you easily add to and remix your playback queue, automatically download podcasts, and erase them when you’re done listening. You can also take advantage of playback controls like variable speed, auto silence trimming, and intro skipping. For those who have a noisy commute, the app’s volume boost option can even enhance quiet dialog.

It takes a brave programmer to go up against Google Maps and Apple Maps, so kudos to the developers behind Here WeGo Maps (Android, iOS). They’ve have put together a very competent alternative, which includes support for driving and public transit directions.

Here WeGo Maps gives the big names in mapping apps some serious competition. It offers a clean and clear interface, offline map caching for when you lose your signal, a parking space finder, and a built-in tourist guide resource for exploring new cities.

If you want to access videos stored on your computer—from your phone—Plex (Android, iOS) beats out all the competition. You do have to pay a one-off fee of $4.99 to unlock the full streaming experience, but you can test it on quick clips for free to see how it works.

For a full run-down of Plex’s abilities, and how to set it up, check out our guide to streaming your video collection to any device. In short, this service can find where your computer is (either on the local network or somewhere over the internet), and stream any stored movies or television shows to the Plex app on your phone. Plex can also sort your content into categories and shows, and it supports photos and music files as well.

If you love music, you’ve probably already discovered the joys of Spotify (Android, iOS). Even though Google and Apple now have their own streaming music services, Spotify remains ahead of the pack, with a well-designed app and excellent weekly recommended playlists.

If you don’t want to stump up $9.99 a month for a premium Spotify subscription, you can still stream music on demand. However, the free version won’t let you create customized playlists or sync music for offline listening. Plus, you’ll have to put up with some occasional ads in between the tunes.