Do You Want Fries With That?

The answer may depend on your subconscious 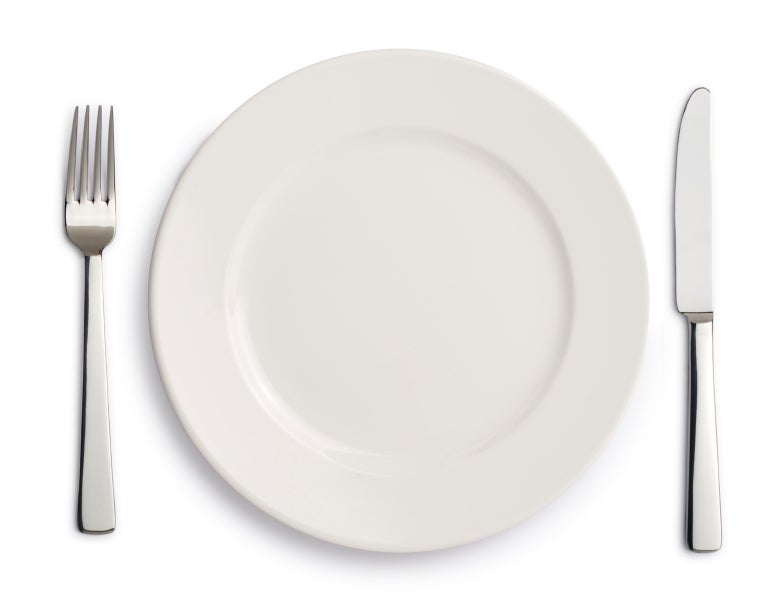 At the so-called Restaurant of the Future in Wageningen, Netherlands, lunch time diners have all sorts of food options. “Animal friendly” meats, fruit juices, cheese slices, bananas, waffles, pretty much anything to suit your appetite. And, you can eat a full meal for only $6.30; it’s a great deal. A deal, that is, as long as you don’t mind a team of scientists studying you as you hit the buffet.

This $4.5 million cafeteria, which serves about 200 people each day, is run by the university, and the experiment is being conducted by university researchers, working with Sodexo, an international catering firm, and the Noldus software company, all of whom are hoping take the current research on consumer behavior to an entirely new level. Specifically, they are trying to determine which conscious decisions on the part of the retailer trigger particular subconscious decisions in the buyer in order to steer customers towards certain items—the item with the higher price tag or the food with more nutritional value, for example. 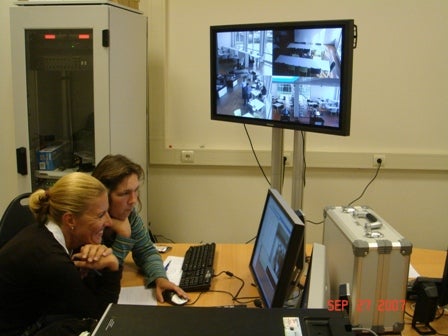 Though this kind of research has been employed for decades and is frequently used by chains like McDonald’s, this lab is the first to have such extensive and sophisticated monitoring equipment. Like a culinary FBI, screens in the control room [left] let scientists watch and record diners’ movements, hesitations, posture, weight, eating habits, and even—through facial recognition software—how much one enjoys what he is chewing. Ceiling cameras can zoom in on faces and plates and zoom out on entire tables, and the food spies up above note exactly what food diners choose, what foods they almost chose but did not, and how long it took them to decide.

In the “free flow” set up, the dining hall of the future is not your typical high school caf made up of a single line of diners being scooped out sloppy Joes by women in hairnets. Instead, the space is organized in a series of islands, each displaying a different food group. The researchers claim this gives the illusion of having more choices. Given more choices, diners will take more food and tend to spend more money when they hit the checkout. The register itself also lacks those stereotypically robust cafeteria ladies. In order to track purchasing data, customers record their items on a touch screen and pay electronically. The most “futuristic” part of all, though, is the scale discreetly inlaid on the floor right in front on the checkout that records each diner’s weight.

The diners don’t change (a set number of people registered to be a part of the study and casual visitors are not allowed), but the cafeteria does. Scientists continually change the set up to study influences on eating and how certain products can be made more appealing. Among other things, they futz with the color of the tablecloths, food pairings (should the soda be next to the juice or separated?), bread presentation (sliced or whole?), and food labels. One of the first habits researchers noticed was when they changed the label on the milk to “organic” people who had been drinking the same milk for months began commenting that it tasted funny.

The group at Wageningen has only just finished its baseline observations. Bigger conclusions are yet to come, but scientists have already gathered some habitual behavior. For example, people eat more when given a bigger plate, fresh flowers on the table can change people’s attitudes about the food next to them, women take longer to choose their foods than men, and, eaters are often liars: Nearly 600 people were asked which snack they would pick among an apple, banana, a candy bar or a molasses waffle. A week later they actually were offered the choices—and 27 percent who claimed to prefer fruit chowed down on the candy instead.

Applications of the study are intended for companies looking to make the most profitable placements of their products, as well as for public facilities like hospitals and schools. Hospitals might change the atmosphere of their dining facilities to affect the well-being of their patients, while schools want to ensure students are eating healthy lunches, not just munching on junk food.

According to the researchers, U.S. studies show that 80 percent of our decisions are made subconsciously. At the Restaurant of the Future, scientists may be able to make you reach for carrots you might never have consumed otherwise. Elsewhere in Restaurants of the Present though, no matter what color the tablecloth is or how big a plate you are carrying, sometimes you just want those fries.