Bringing us closer to the Singularity, one slice at a time 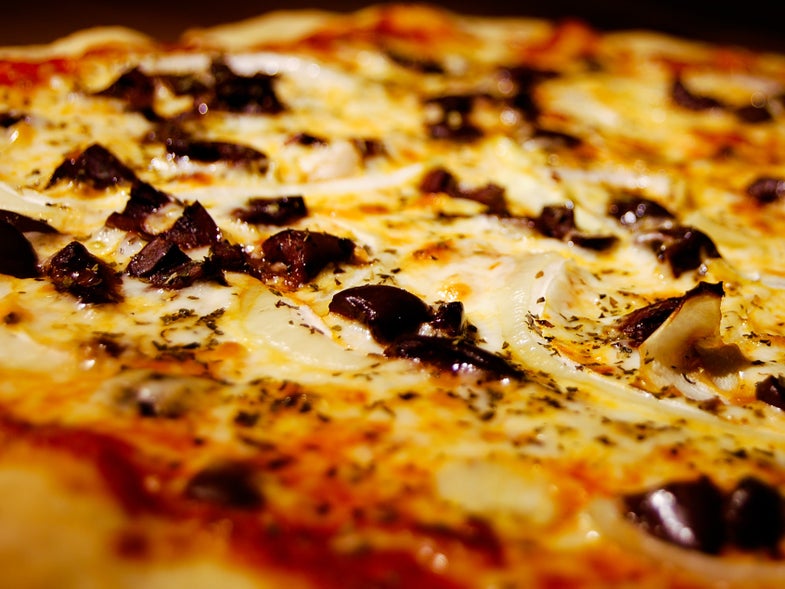 A Silicon Valley startup is trying to disrupt the made-to-order pizza industry — an industry I really didn’t think needed disrupting — with pizza-making robots.

You can go watch the robots in action over at Bloomberg. The pizzeria, Zume Pizza, was founded by one-time Zynga president Alex Garden (the maker of Farmville), who tells Bloomberg that he hopes the company becomes the Amazon of food.

The pizza starts with a human chef who rolls out the raw dough and puts it on a conveyor belt. Marta, robot number one, spurts tomato sauce onto the disk and smears it around with what looks like a miniature floor buffer attached to a matrix of metal tubes. Another human worker puts on the toppings as the pie continues down the belt, and then Bruno, robot number two, moves the pie into the oven. Later this year, the company will debut trucks with built-in ovens to speed up the delivery time; before that happens, the Santa Clara County health department needs to approve the mobile food permit application, according to Bloomberg.

Okay, listen. I love pizza so much that I have a slice tattooed on my shoulder. But something doesn’t sit right about the idea of mechanized bespoke pizza. Companies already crank out loads of frozen pizzas in factories. Plus, you can already order pizza with a single button. Domino’s may have gotten rid of its pizza-in-30-minutes-or-it’s-free pledge, but it has already started exploring pizza deliveries with drones. Do we need to replace every employee at made-to-order shops, many of whom are only making minimum wage?

Plus, some people are really good at making pizza. “It is certainly a creative idea, although it must be said that Domino’s fastest pizza makers can make a custom-built pizza in about 12 seconds,” Domino’s spokesperson Jenny Fouracre-Petko told Popular Science in an email. Beat that, robots.

Maybe I’m being irrational, and I haven’t had lunch yet. Might be time for a slice of pizza.

This article has been updated to include a quote from Domino’s.