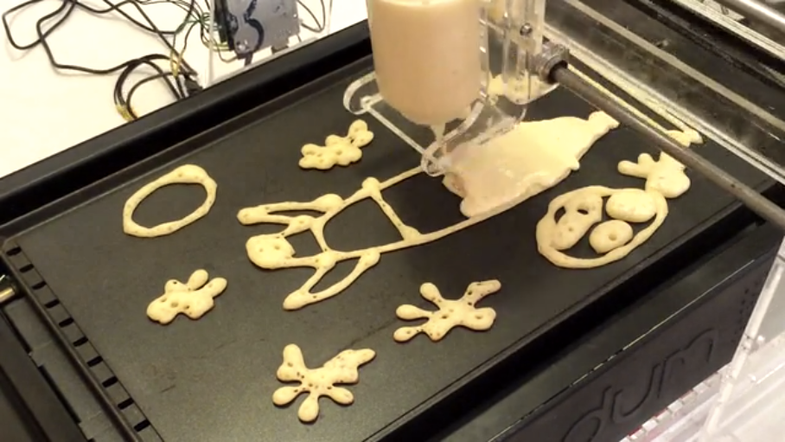 When it comes to pancakes, the only shape I’ve really mastered is “slightly distorted circle,” but the elusive Millennium Falcon-shaped pancake may be within my grasp. Miguel Valenzuela’s PancakeBot, which has been previewed at Maker Faire and elsewhere, is finally coming to the masses via Kickstarter, allowing you to make any pancake shape that you can imagine.

The PancakeBot has its shortcomings: for one, it can’t flip the pancake for you (pesky robot labor regulations, I’m sure); for another, the batter dispenser has a fairly narrow nozzle, meaning that adulterating your recipe with chocolate chips or blueberries is out of the question. (You’d have to add them in while your pancake is cooking.)

You’ll also pay a premium for the PancakeBot, which will retail for $299, though you can snag it for a decent discount if you back it on Kickstarter. Of course, should that prove too rich for your blood, you can always, of course, build your own using Valenzuela’s original schematics.