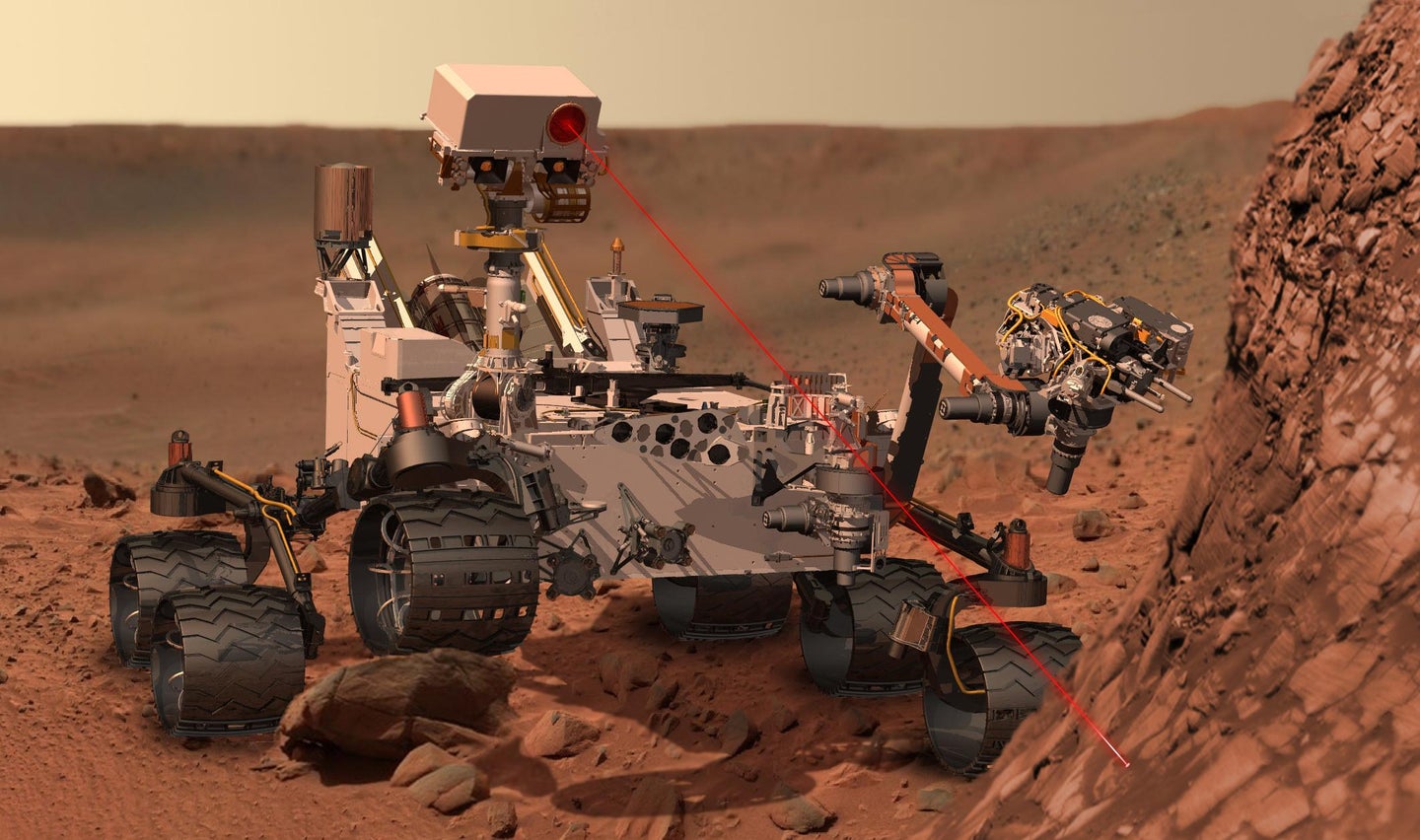 On Saturday, November 26, NASA is scheduled to launch the Mars Science Laboratory (MSL) mission featuring Curiosity, the largest and most advanced rover ever sent to the Red Planet. The Curiosity rover bristles with multiple cameras and instruments, including Goddard's Sample Analysis at Mars (SAM) instrument suite. By looking for evidence of water, carbon, and other important building blocks of life in the Martian soil and atmosphere, SAM will help discover whether Mars ever had the potential to support life. Curiosity will be delivered to Gale crater, a 96-mile-wide crater that contains a record of environmental changes in its sedimentary rock, in August 2012. ------ This artist's concept depicts the rover Curiosity, of NASA's Mars Science Laboratory mission, as it uses its Chemistry and Camera (ChemCam) instrument to investigate the composition of a rock surface. ChemCam fires laser pulses at a target and views the resulting spark with a telescope and spectrometers to identify chemical elements. The laser is actually in an invisible infrared wavelength, but is shown here as visible red light for purposes of illustration. NASA's Jet Propulsion Laboratory, a division of the California Institute of Technology, Pasadena, manages the Mars Science Laboratory Project for the NASA Science Mission Directorate, Washington, and designed and built Curiosity. More information about Curiosity is at http://mars.jpl.nasa.gov/msl/. Image Credit: NASA/JPL-Caltech NASA image use policy. NASA Goddard Space Flight Center enables NASA’s mission through four scientific endeavors: Earth Science, Heliophysics, Solar System Exploration, and Astrophysics. Goddard plays a leading role in NASA’s accomplishments by contributing compelling scientific knowledge to advance the Agency’s mission. Follow us on Twitter Like us on Facebook Find us on Instagram.
SHARE

If you always wanted your very own Curiosity Rover, but couldn’t afford the $2.5 billion to build and launch your own, don’t worry: NASA has your back.

NASA recently released the plans to 3D-print your own mini Mars rover. It may not be able to fire lasers, send back amazing science and pictures, but it will look really cute on your desk. 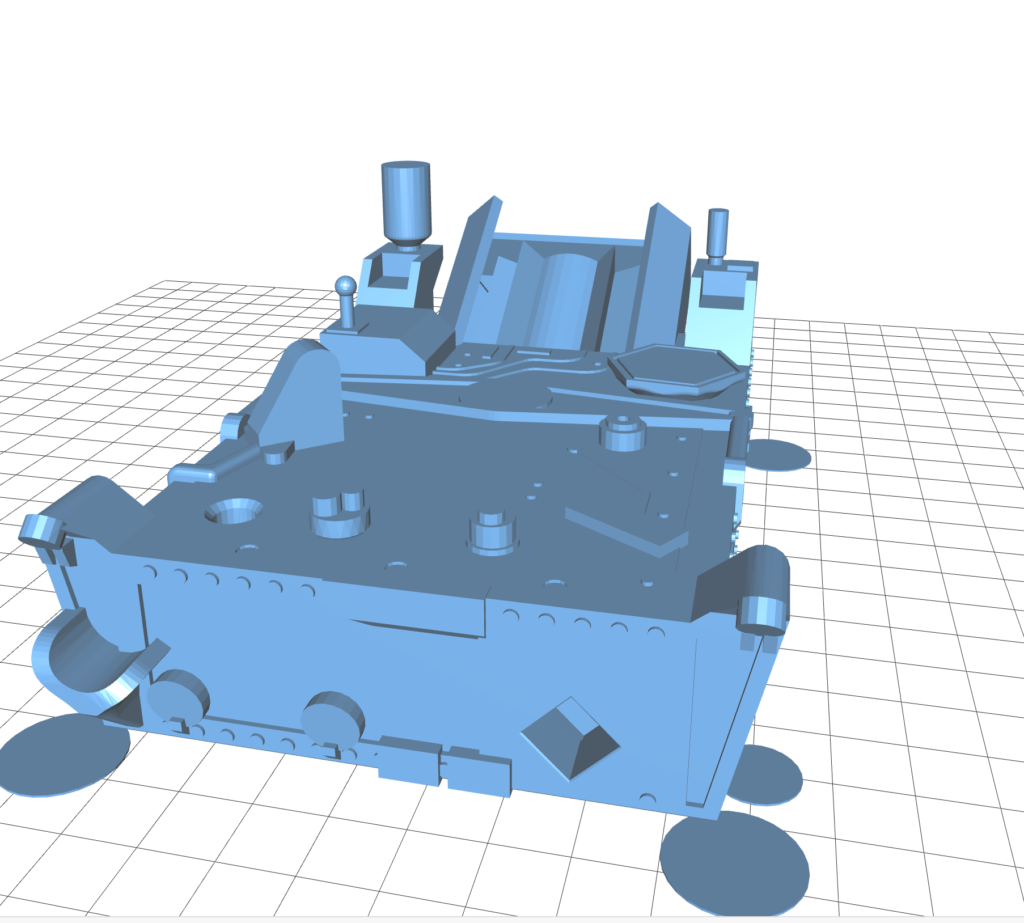 A look at the 3D schematic for the rover

The British Museum, the Metropolitan Museum of Art and the Smithsonian Institution have all made 3D models of artifacts from their collections available for printing. The National Institutes of Health is even in on the game, with biosciences-related models available for print.

But If you’re looking for more out-of-this world designs, check out NASA’s growing collection, which includes spacecraft classics like the Hubble Space Telescope and the Voyager probe, along with asteroids like Vesta, and of course, you can always print a wrench. Just like a real astronaut!