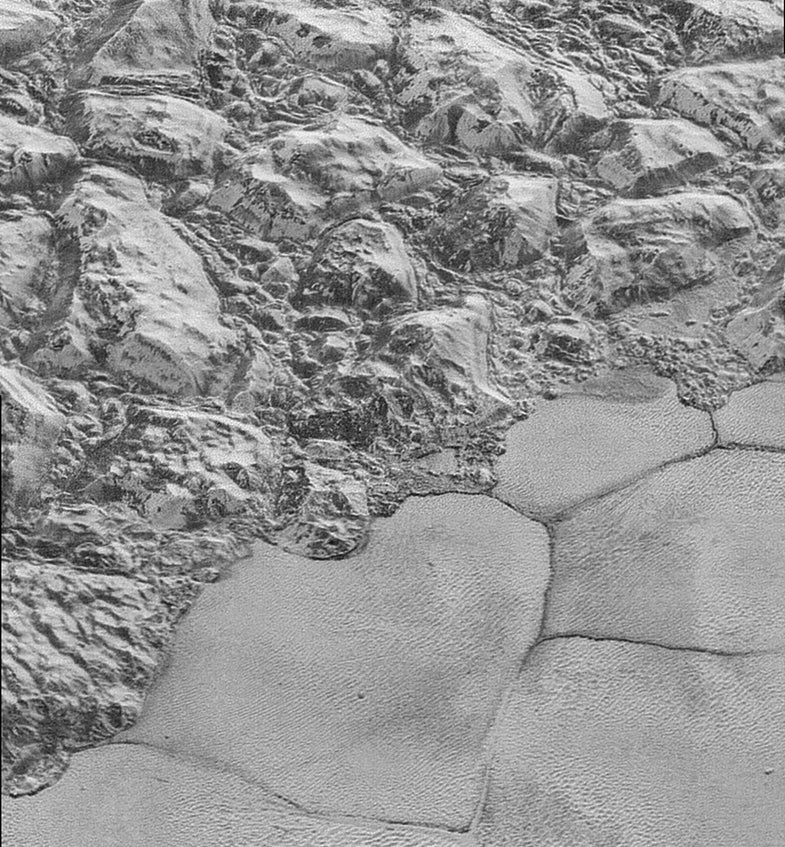 Going where no other spacecraft has gone before, New Horizons has sent back some pretty stunning images of Pluto–from endearing heart-shaped features to giant ice mountains. And the images just keep getting better.

On Friday, NASA released the first batch of the sharpest-ever images of the former planet. The view above shows the region where the flat Sputnik Planum meets the al-Idrisi mountains. It has a resolution of 250-280 miles per pixel, “revealing features less than half the size of a city block,” according to the NASA press release.

“The new details revealed here, particularly the crumpled ridges in the rubbly material surrounding several of the mountains, reinforce our earlier impression that the mountains are huge ice blocks that have been jostled and tumbled and somehow transported to their present locations,” said John Spencer from the New Horizons team.

The team stitched this image together with several others to show a long, high-resolution swath of Pluto’s terrain. You can also surf through it in this Youtube video:

More of these super-sharp images will be released soon. These are the best views we’ve ever had of the icy dwarf planet, and surely the best we’ll see for many decades to come.