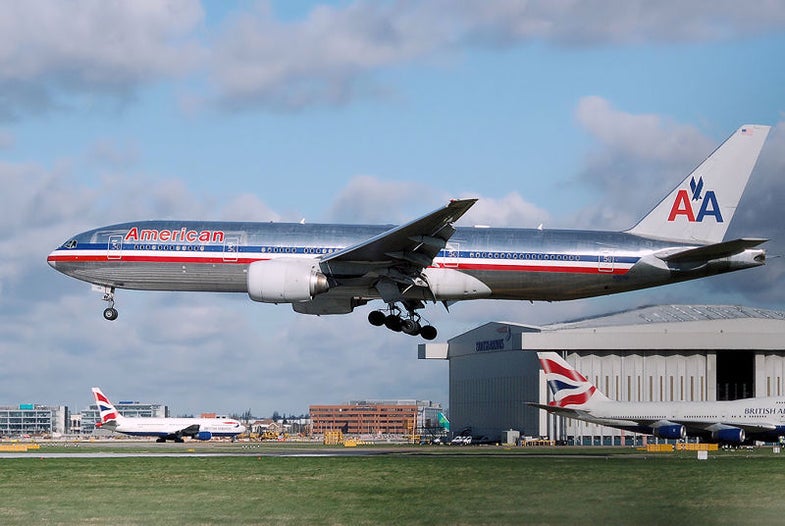 I don’t know about you, but when airline pilots organize themselves enough to protest their employer’s overall poor performance—not, I’d like to point out, merely their crappy pay—that gets my attention. That’s precisely what hundreds of American Airlines pilots intend to do tomorrow in nine cities around the country. They’ll be demonstrating at major airports to “encourage passengers to help AA employees get management’s attention” to fix problems relating to performance and customer service. Specifically, American has the worst on-time performance among network carriers. The pilots are also, naturally, not particularly amused about the nose-gear-wiring fiasco that grounded hundreds of aircraft and caused countless traveler delays last week.

The pilots’ core argument is simple: when you the passenger get jerked around by atrocious mismanagement, the pilots themselves do too—with the end result being safety compromises, wildly screwed up flight schedules and the assorted other lovely problems airline passengers deal with on a far too regular basis.

While there remains some debate over who, precisely, was at fault over last week’s nastiness relating to American’s fleet of MD-80’s (the FAA, the airline itself, etc.), one thing is for sure: it doesn’t bode well. If a few wires can suddenly bring the largest airlines in the world to a screeching halt, what other disasters await us this summer,and beyond? Will it be United’s turn to face some technological or administrative snafu? How will the looming recession, skyrocketing fuel costs, and a generally decrepit and overloaded air traffic control system impact your ability to travel—and do it safely?

Griping about air travel is nothing new to anyone, but have AA’s recent repair blunders made you think differently about an upcoming trip? Let us know in the comments below.