The Key to Better Boarding 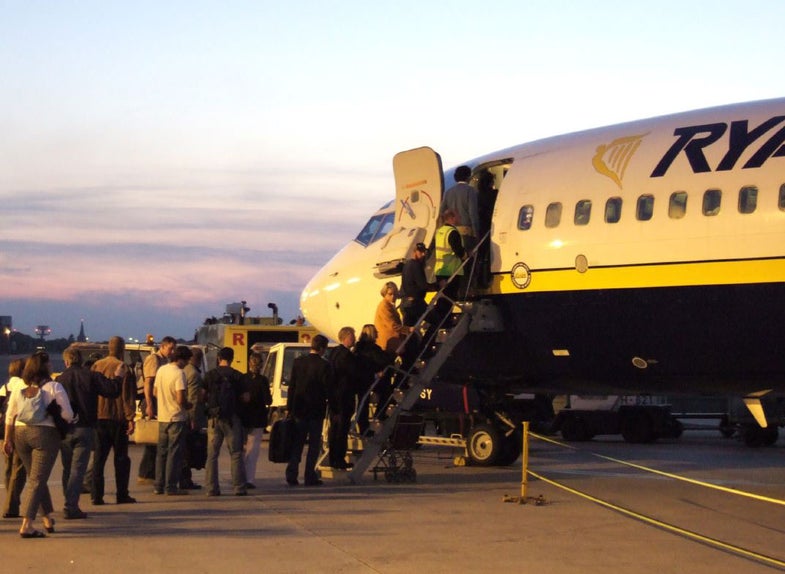 Everyone can guess the worst way to load passengers on to a plane is to do it front to back. People would have to wait at every row or squeeze awkwardly past. It would stand to reason, then, that the way airlines usually do it—back to front—would be the best way. But according to Fermilab physicist Jason Steffen, that’s not the case. As it turns out, it’s far from the best: it’s the second worst.

Steffen developed his method using a Monte Carlo algorithm. Monte Carlo methods employ repeated random sampling combined with deterministic algorithms to predict results. An example of how this works can be found in the game of Battleship. You start by randomly placing shots. When you get a hit, you know to trace a line out from it to find the ship you want to sink.

Steffen surmised the biggest obstacle to orderly boarding was the time it takes to load luggage in the overhead bins. In his fastest boarding result, passengers board 10 at a time in every other row to leave ample space for lifting luggage. He also developed a less optimal, but more companion-friendly boarding method which is still about twice as fast as usual.

All these methods require passengers to line up correctly beforehand, which may prove to be a practical impediment (although Southwest is reportedly experimenting with numerical line-ups). If that doesn’t work, the free-for-all of random boarding surprisingly proved to be still twice as fast as back to front.