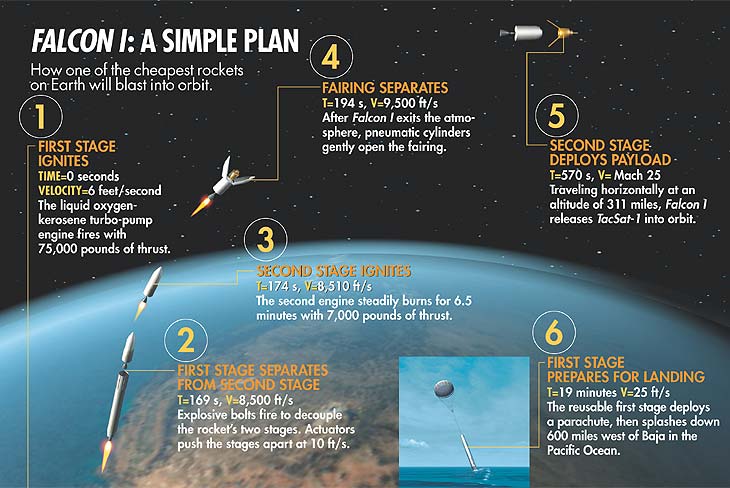 Late this month, if everything goes according to plan, Space Exploration Corporation, or SpaceX for short, will launch its privately funded two-stage rocket, Falcon I, into low-Earth orbit, carrying with it the U.S. Department of Defense’s TacSat-1 satellite. The ride costs just under $6 million, a price that undercuts the competition by up to two thirds. â€We want to be the Southwest Airlines of space launches,â€ says SpaceX CEO and PayPal founder Elon Musk. “They offer flights for a heck of a lot less, have a strong safety record, and are on time.”

Among SpaceX’s list of customers seeking a cheaper ride into space: Robert Bigelow of Bigelow Aerospace, who has plunked down his deposit to launch a prototype version of his inflatable orbital hotel on Falcon V, a six-engine Falcon I upgrade scheduled to blast off late next year. And Musk says that half a dozen potential customers, including NASA, are waiting to see one successful launch before committing.