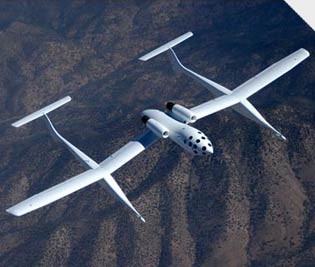 After innovative aircraft designer Burt Rutan unveiled SpaceShipOne and the White Knight, the tandem he hopes will win the X Prize, there was speculation that billionaire and Microsoft co-founder Paul Allen provided the seed capital. Employees at Allen’s investment company, Vulcan Ventures, won’t comment on his involvement, and representatives of Rutan’s Scaled Composites have stayed mum. But Allen would actually be conspicuous by his absence from the New Space Race, given the stream of other Silicon Valley and Seattle high-tech moguls rushing in to stake their claim to outer space.

Other space players include Elon Musk, founder of PayPal, who has since started up SpaceX to launch satellites–and eventually people–into space; computer game developer John Carmack, who leads his own X Prize team, Armadillo Aerospace; and Amazon.com’s Jeff Bezos, who has hired aerospace experts to staff a venture called Blue Origin. (An Amazon.com spokesperson wouldn’t provide details on Bezos’ plans, other than to confirm that Bezos is interested in space exploration and to say that Blue Origin “hasn’t done anything yet.”)

Allen, meanwhile, is an aerospace nut who gave $11.5 million to the Search for Extraterrestrial Intelligence (SETI) project, employs a company logo depicting a “V” in orbit, is launching a science-fiction museum, and who has built up, in obsessive secrecy, what may be the world’s finest collection of restored World War II aircraft.

That so many computer and Internet entrepreneurial superstars are space crazed is hardly a coincidence, says Musk. These types are tailor-made for the space business, he says. They’ve got faith in and a deep understanding of technology, they’ve proven themselves masters at growing bold, complex ventures–and they’ve got big bucks. “The world’s best have to come to Silicon Valley and cut their teeth on the Darwinian competition here,” says Musk. “Personally, I’m going to commit whatever funds are necessary to get this done.”

Veteran Silicon Valley observer Michael Malone, author of The Virtual Corporation and himself a dot-com millionaire, contends that the romance with rockets isn’t an entirely new phase for these business giants, but rather a return to a childhood fascination with space and aviation. (Allen, both of whose parents were librarians, went through aerospace books like “the rest of us go through Kleenex,” according to Vern Raburn, a business associate, and Bezos wrote a NASA-award-winning paper on zero gravity in high school.) “All their lives they’ve inhabited other planets and traveled the universe,” says Malone. “Now they’re thinking, ‘Before I die I want to be James T. Kirk.'”