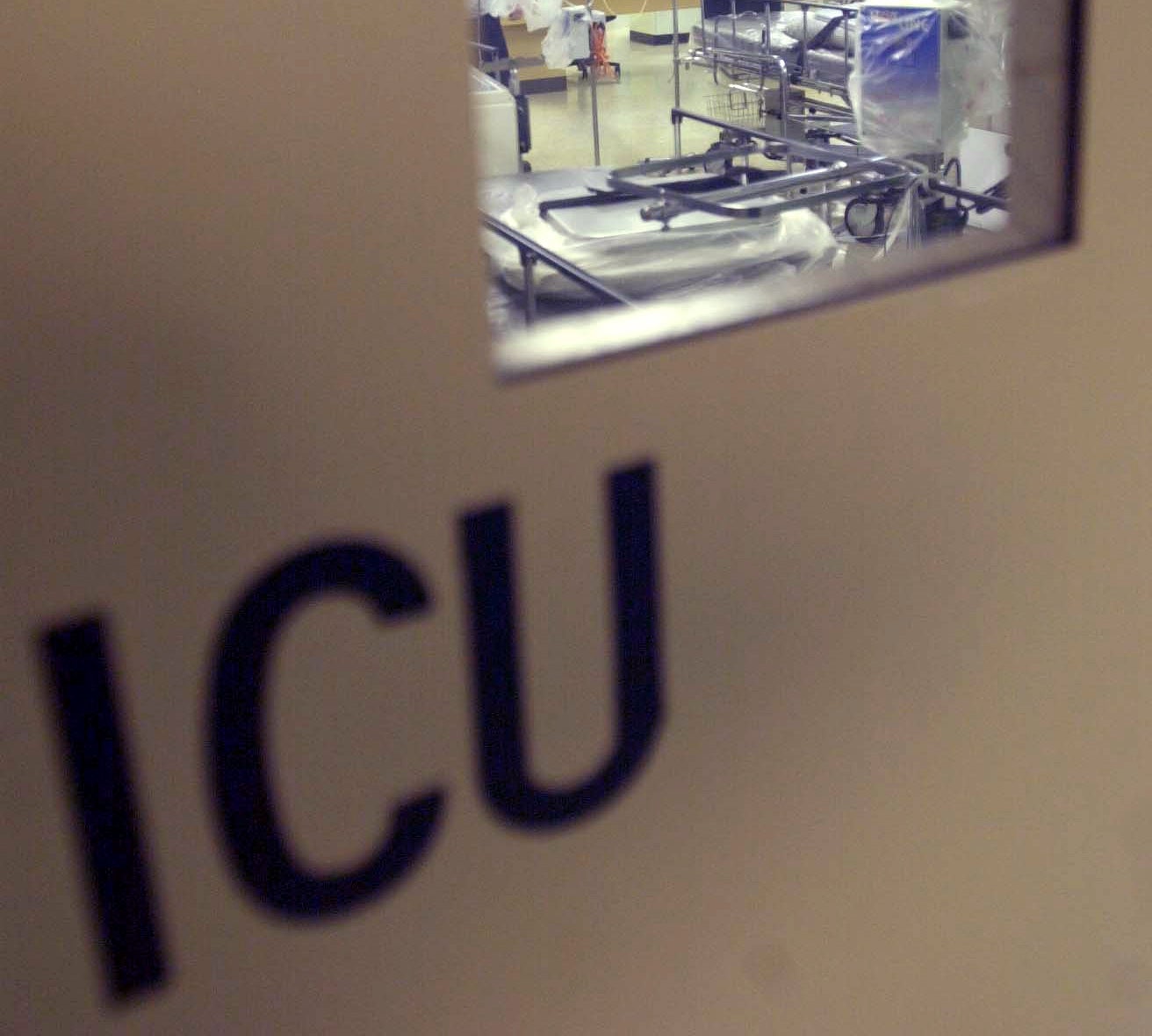 030117-N-5996C-003 US NAVAL STATION ROTA SPAIN (Jan. 17, 2003)--The intensive care unit (ICU) on board USNS Comfort stands empty for the moment but can be put into use at a seconds notice and is always prepared to be used. It is one of four ICU's aboard the hospital ship. USNS Comfort is enroute east in support of the war on terror. U.S. Navy photo by Photographer's Mate 2nd Class (AW) Timothy Comerford.
SHARE

The Intensive Care Unit, of ICU, is one of the most critical areas of the hospital. Patients are in a dire state and require numerous interventions to say alive. Ensuring survival is not easy task as a variety of complications may occur, including infection.

Prevention of infections in the ICU is a daunting task. From an environmental perspective, cleaning, disinfection, and sterilization procedures are in place to minimize the risk. Hand hygiene also plays a major role in keeping patients safe. 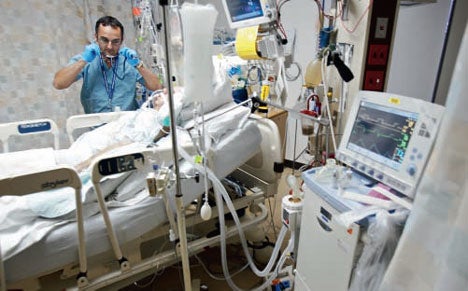 A look at a single bed in the ICU.

These interventions are solely focused on preventing the introduction of pathogens to the patient. Yet, every single person already has an extensive population of microbes in the form of microbial flora. Hundreds of species are present in and on the body; some of these are opportunistic in nature. If they are allowed to grow out of control, the potential for an infection on the inside may be higher than any risk coming from the environment.

While the risk from one’s own microbial population is apparent, little attention has been given to this concern. But that may change thanks to an American and Canadian collaboration of researchers. They have undertaken the task of examining the bacteria in several ICU patients during admission. What they have found could be the beginning of a new branch of infection control focused not on the environment, but human ecology.

The team collected a variety of samples from 115 ICU patients in four different centers. The sources were from areas known to be rich in microbes, such as the skin, oral cavity, and the feces. Collections occurred within two days of admission and then again either at discharge or, after ten days of stay. The team then attempted to identify the various species in the hopes of gaining an ecological view of population dynamics.

The choice to focus on ecology as opposed to species-specific identification akin to diagnostics may seem odd. Yet it is important in terms of microbial health. The bacterial population normally is quite diverse such that opportunistic infections cannot gain hold and cause trouble. If that population somehow shifts towards those suspicious species, then the risk rises for a variety of problems ranging from inflammation to infection. Any signs of this reduction in diversity – also known as dysbiosis – may serve as an early warning sign for future worries.

When the testing was done and the results came back, the worst fears were realized. Although the team expected to see dysbiosis occur over the course of the stay, they were not prepared to see the change occur so quickly. The shift in population happened within the first 48 hours and progressively worsened over time. Diversity was completely skewed and in some cases, individuals presented with unexpected bacterial species, including one associated with human decomposition.

There was more bad news. Many of the bacteria known to calm the immune system were depleted while those known to cause inflammation increased. This meant the bacterial shift was adding immunological insult to injury. Patients would become more susceptible to infection both on the inside and from the environment.

The study clearly showed there was an ecological shift, however, the cause was not investigated. The authors did address the issue by suggesting one contributing factor was antibiotic use. As they noted, more than two-thirds of patients in ICU are on some type of prescription. Yet this could still not account for some of the findings such as the discovery of that bacterial species from decomposing bodies.

The results of this study are eye-opening and also troubling. Infection control experts may need to deal with another difficult challenge using a perspective not usually seen in the hospital environment, ecology. For example, if antibiotics are involved in the shift, as the authors suggest, then the situation becomes an ecological catch-22. These drugs frequently are essential for survival yet may alter a healthy diversity.

Despite the study’s obviously negative health implications for ICU patients, there is some hope. As the authors point out, there are currently routes to restore diversity through the introduction of helpful microbes. Beneficial bacteria, such as probiotics, may help to maintain balance during those dire moments. These species also help to maintain immune function to increase the defense forces such as antibody production and the formation of antimicrobial peptides.

In addition to their suggestion, other options currently in development may also come to the rescue. Bacteriophages, antimicrobial peptides, and possibly traditional herbal medicines may one day be part of the infection control plan. These are still years away but this study may provide even more reason to speed up the approvals process.

In the meantime, the results of this study, albeit preliminary in nature, should lead to more discussion in the infection control world on maintaining ecological harmony in patients. With over 37 trillion human cells and tens of trillions of microbial counterparts, every patient is much more than an individual. By focusing on microbial diversity and systemic balance, patients may be given a better chance of recovering from the ICU without infection such that they can begin the journey back to health.