The few, the proud, the spherical 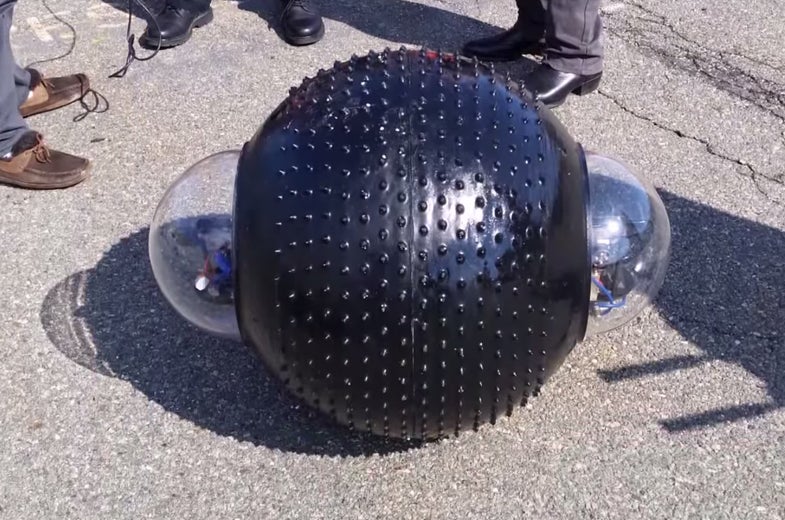 From the sea it emerges, a rolling orb-like object. One large black tire body with two side domes peeking out, GuardBot looks like a two-sided eyeball, straight out of an alien invasion movie. While the Marine Corps tests it as a possible amphibious scout, GuardBot’s original purpose is even more science fictional: it was first designed to go to Mars.

Mars didn’t pan out, so instead GuardBot is paying tribute to the Roman god of war in a new way. Because it is amphibious, it can go almost anywhere the Marines go, either scouting ahead from rivers or patrolling forward operating bases in marshy terrain. GuardBot isn’t particularly fast: at speeds of only 6 mph on land and 3 mph in water, there’s a reason it’s a guard bot and not a pursuit bot. It can last up to eight hours on one battery charge. The clear domes on the side of GuardBot contain cameras, so it can look in completely opposite directions simultaneously, like a chameleon.

In addition to capturing video, it can use a laser spectroscope to detect chemicals used in making explosives, from a distance of two inches. That’s pretty close to a bomb, which makes it a much better job for a robot than a human.

Below, watch it swim: