Last week in tech: Photoshop on the iPad, Palm’s tiny smartphone, and a new waterproof Kindle

Check out the latest episode of our podcast! 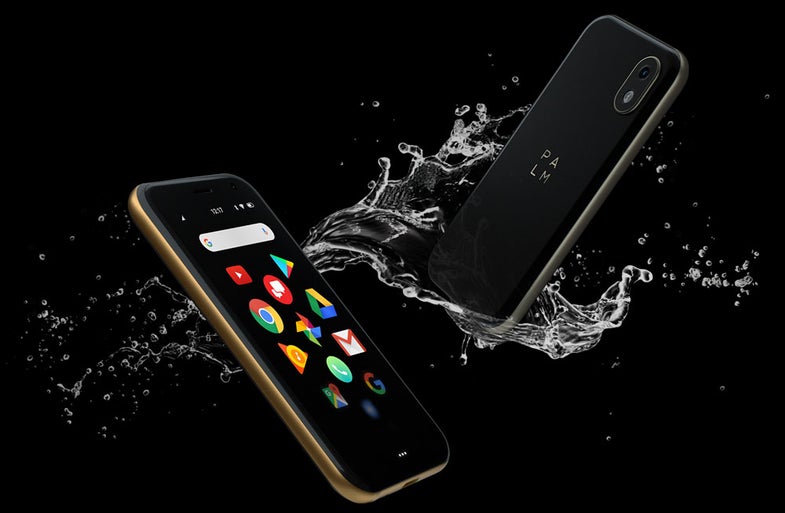 The fall gadget rush is finally winding down as we enter the charge into holiday shopping season. That doesn’t mean the tech world is any less interesting, though. While you were busy placing Amazon orders for your Halloween costume, the technology news machine kept turning. We’ll catch you up in case the costume party conversation turns to the new Palm smartphone or the latest waterproof Kindle.

Check out the new episode of our podcast!

On this week’s episode, we talk about the slightly confusing new mini-smartphone from Palm and recap our full Google Pixel 3 smartphone review. We also dive into the ever-increasing presence of facial recognition at the airport and whether or not working too much can kill you. Perfect for a Monday, right?

You can hear it in the player embedded above, subscribe on iTunes, follow us on SoundCloud, add us to your Stitcher, or listen however you prefer to get your podcasts.

Last week, Paul Allen passed away from cancer at the age of 65. His friend and Microsoft co-founder, Bill Gates, wrote a tribute that you may not want to read at your desk unless you have a tissue handy.

Adobe is bringing full Photoshop to the iPad

The suite of Adobe software on the iPhone and iPad has been complicated for some time. It has a number of photo editing apps, some of which have Photoshop in the name, but none of which provide the same experience you get on a desktop. Now, that’s changing. The company announced that an honest-to-goodness version of Photoshop is coming to iPad in 2019 as part of its Creative Cloud suite.

The first tunnel is almost done

If you’re dying for a ride in a subterranean tube that’s not, you know, a subway, Elon Musk says the first Boring Company tunnel will be ready to propel passengers and their vehicles at up to 155 mph starting on December 10th. Of course, that date could change and this tunnel is more of a test than an actual mode of transportation, but a successful run would be a big step for the tech.

Selling a smartphone on the secondhand market is typically about as fun as diving headfirst into a swimming pool full of hornets that have somehow learned to send you lowball Facebook Marketplace offers as they sting you. eBay, however, now offers a relatively simple trade-in program in which you get credit on the auction site for your used device. Prices for devices are listed on the site itself, but you’ll have to prove with photos that your old phone matches the condition you claim. Sure, you have to spend the money on eBay, but there’s a lot of value for some people in the ability to side step the scam-laden lands of Craigslist.

Remember a few weeks ago when Bloomberg claimed a company called Supermicro was involved in placing Chinese hardware hacks into servers? Well, Apple claims the story is wrong and it’s so sure that it’s demanding Bloomberg retract the report. This fight will likely go on for some time, but is worth watching—a retraction this notable would be a big deal.

The Kindle Paperwhite is now waterproof

For $129, the new Kindle Paperwhite is a fairly impressive e-reader. It now has a brighter LED backlight, a screen that’s flush with its bezel so there’s no crud build-up around the edges of the display, and it’s now waterproof, so if you drop it in the tub, you won’t have to revert back to paper books.

You can now subscribe to Lyft rides for $300 per month

If you find yourself taking a lot of ride shares per month, then Lyft’s new $300 subscription plan could end up saving you’re some money. For that hefty price tag, you get up to 30 rides valued at $15 each. You have to pay the difference if your ride goes over the limit. Once you hit your cap, your regular rides get a five percent discount.

It’s a lot of money and it really probably only fits people with very specific schedules—you obviously couldn’t use it for a regular commute—but expect Lyft to tweak the concept (they’ve been talking about this idea for a while now) going forward to try and find the sweet spot and keep people in their cars.