Last week in tech: The one where iOS forgot how to type the letter ‘I’

Also: Meet the new Xbox, and Wi-Fi comes from the sky. 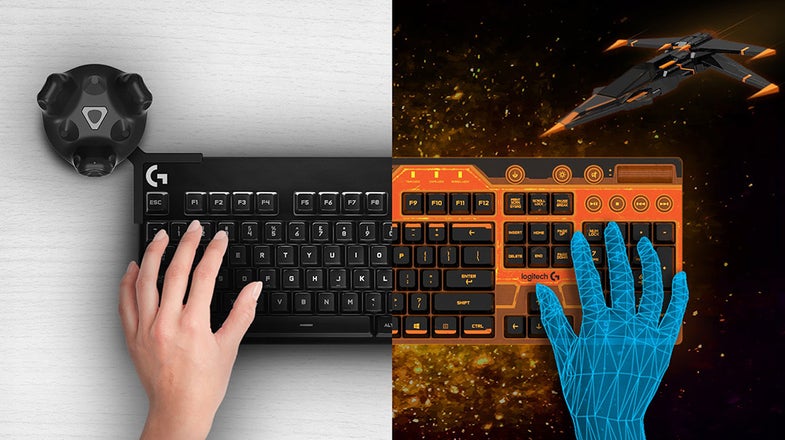 This is a hilarious iOS 11 bug pic.twitter.com/TXFXbvgaqO

Did you get some text with random question marks in place of the letter “I” this weekend? Did your iPhone then forget how to type that simple, but oh-so-important letter itself? You’re not alone! There’s a workaround you can employ, but results seem to be mixed on whether or not it actually works. A real fix is on its way, hopefully soon. But, it’s not all bad news in tech last week. Here’s a rundown of some of the big stories.

While Apple had a hiccup trying to type one letter, Logitech and HTC built a keyboard designed to work in virtual reality. It’s called Logitech Bridge and enabled developers to do things like creating custom keyboard overlays within VR software. It may not be as exciting as Star Wars VR games, but it’s little stuff like this that will help virtual reality become more than a novelty.

Do you have it? Guts!

Hardware sadists iFixit tore apart the new iPhone X to see what makes it go. As you might expect, it’s full of complicated bits, as well as lots of cameras and batteries. You can see the full tear down here.

The Xbox One X is now out in the world. Do you need the most powerful gaming console in the world? Not if you’re a normal person, but it certainly will make the most of a new TV if you have one. It will not, however, make you less of a scrub at Overwatch. Check out our full review here.

Razor announced its first phone called the Razer Phone and it has a lot of interesting features, including a truly impressive screen with a high, 120 Hz refresh rate. It’s designed to be “horizontal first,” which you can read about here.

Did it all for the Nook

There’s a new Nook e-readers from Barnes and Noble! Remember the Nook? It’s like the Kindle. No? Well, there’s a new one! It costs $119 and it’s called the GlowLight 3.

In other e-reader news, we reviewed the new Waterproof Kindle Oasis in a variety of wet settings. Verdict: It’s good, but it’s not for everyone.

Don’t cry for me, emoji

The “face with tears of joy” emoji is reportedly the most popular emoji according to Apple usage stats. Second place was the heart emoji, then the regular crying emoji, which suggests people are shedding a lot of tears while texting (or at least implying that they are).

Sony is bringing back its Aibo robotic dog in Japan. It’s powered by AI and takes pictures as it goes along, which is all fun and good, but it’s still disappointing that it’s a dog instead of something more exciting. I could get a real dog. If I’m getting a robotic pet, I want a dragon or some kind of guard badger.

Wi-Fi from up high

If you’ve been curious to hear how those internet-beaming balloons over Puerto Rico work, here’s a fun explainer that’s only partly full of hot air.