Hyperloop Motor Tested For The First Time In The Nevada Desert 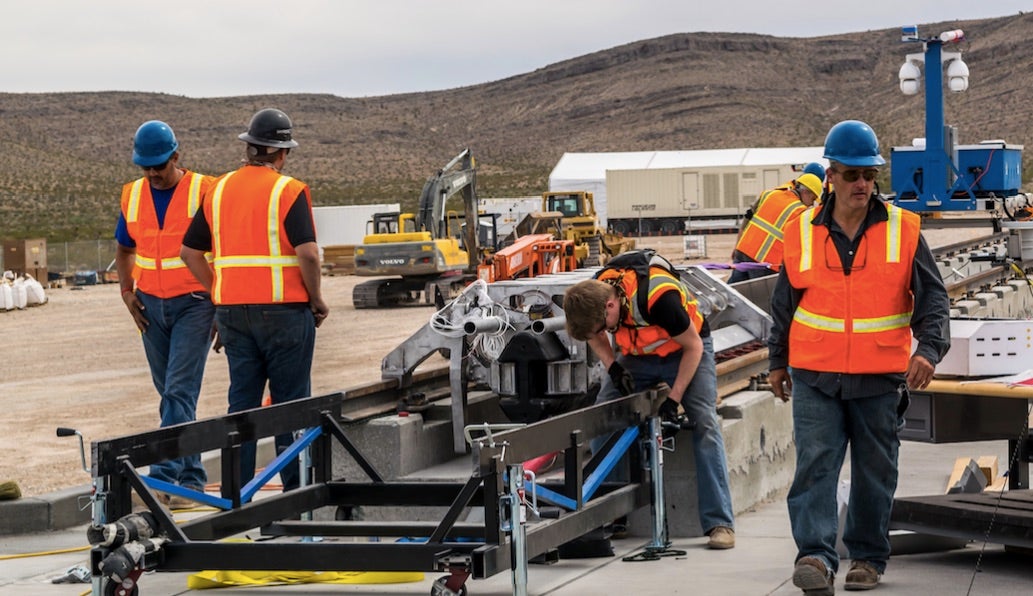 Today, the company formerly known as Hyperloop Technologies, now called Hyperloop One, made a big step forward in the ongoing race to create the first working Hyperloop.

The company sent a motorized sled careening down a half-mile test track, a test that lasted less than five seconds. This is the first full-scale demonstration of technology that could lead to the eventual construction of a Hyperloop, a closed transportation system that would send pods filled with passengers and cargo hurtling through tubes at speeds over 700 miles per hour.

Since it was first proposed in 2013 by Elon Musk, companies and universities have been racing to build a working prototype of a Hyperloop system, which some people hope will revolutionize inter-city transportation. There’s still a ways to go. Neither the pods nor a full track have been built yet. The brakes haven’t either (the sled is still crashing into sand to slow it down). But there’s a motor, and that’s a start!

And here it is in glorious slow motion.