The CIA is probably photoshopping your head onto a turtle right now. 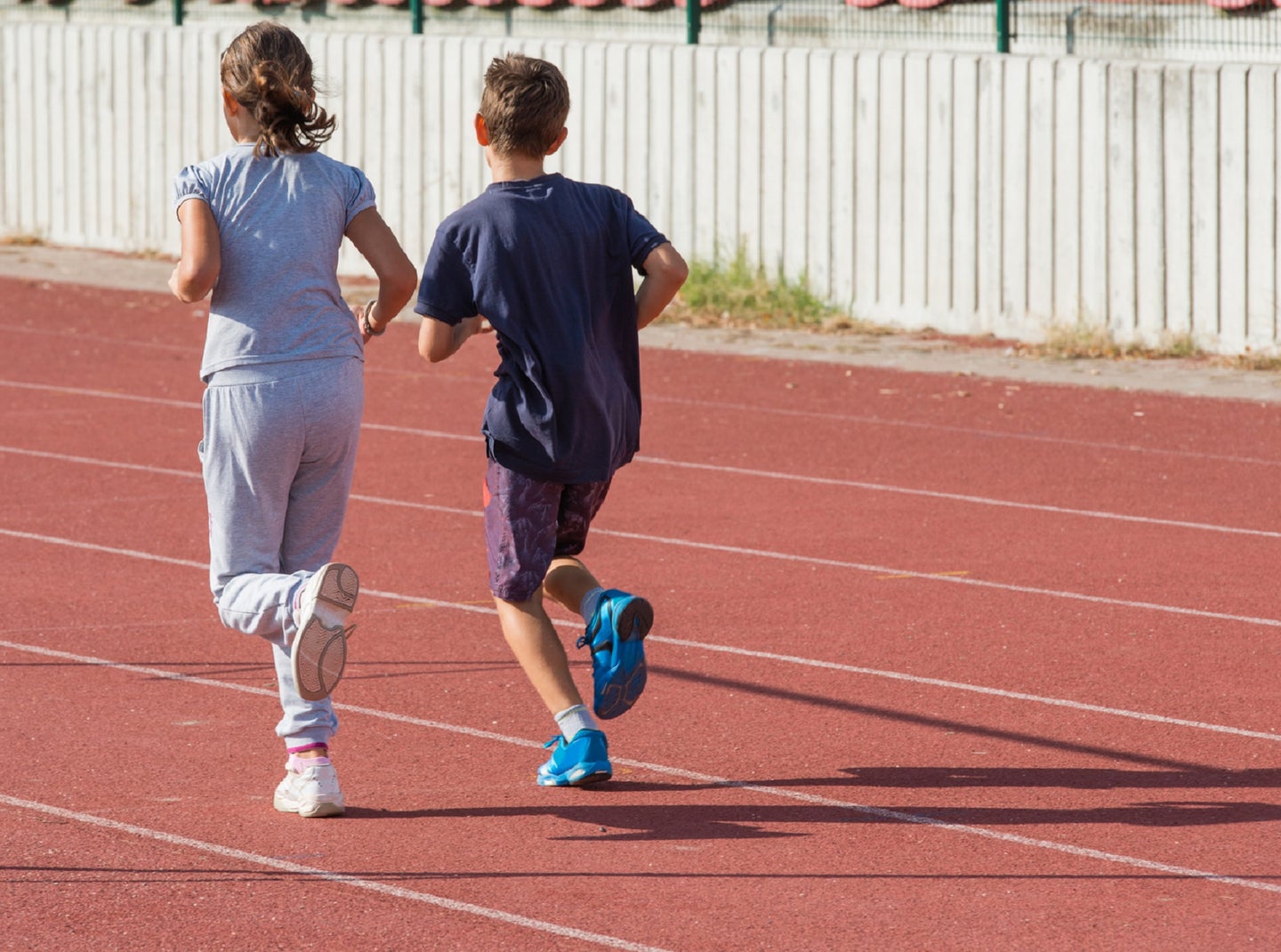 The Presidential Fitness Test is no more. But those files filled with high schoolers' mile-run times? That's a bit of a mystery. Deposit Photos
SHARE

Deep within the recesses of the Department of Health and Human Services, your embarrassingly slow one-mile run time from high school is collecting dust somewhere.

Although it was ultimately abandoned in 2013, the Presidential Fitness Test was a holdover from years of government tinkering—both direct and indirect—in the physical education of the nation’s youth. But while millions of American children were subjected to the individual tests that collectively made up the test, with the top 15 percent (more or less) qualifying for a special award, it’s unlikely that they understood that their results were part of a massive information-gathering effort by the feds.

What? The government was basically spying on me in gym class? When did this start happening?

It goes way back, actually. The early stages of the federal government’s interest in gym-class activities has its roots in the founding of the American Physical Education Association (APEA) in 1885. By 1903, the formal membership roll of the APEA consisted primarily of Ivy-League-caliber universities, the Young Men’s Christian Association and a few organized athletic clubs. Thirteen years later, just prior to America’s direct entry into World War I, the APEA began to aim its promotional efforts rather unsubtly in the direction of exercises that could be characterized as constituting “military-preparedness” training.

“Unfortunately, some educators are putting the soft pedal on the physical training idea for fear that it may be the means of encouraging military training,” remarked Philadelphia Inquirer editor James Elverson in response to the APEA’s flirtation with advocating for combat training in gym class. “And yet, the two ideas are perfectly reasonable and logical. It is the duty of the individual to keep himself in a physically sound condition in order to protect himself in case of need. And in the same way, it is the duty of the nation to be prepared to defend itself in case of an attack. Self-preservation is one of the first laws of nature, and it applies to both individuals and nations.”

By the late 1930s, the debate had less to do with whether or not the APEA should be touting battle readiness, and was instead tailored to discussions about if school time should be allocated for full-blown military drills. In citing his support for the APEA’s decision not to encourage uniformed drills in school, the pastor of a Wisconsin church addressed the local Lion’s Club and had these remarks recorded by the Kenosha News:

“It will not be a realistic training for war. If the training were realistic, our high school boys would be instructed in how to twist a bayonet in another boy’s body, how to wear gas masks, how to throw grenades, how to battle cooties and rats and spend hours in mud in trenches.”

Terrifying. So how did that result in my having to exhaust myself by running four times around my high school’s track when I was 17?

Because a decade after World War II ended, President Dwight D. Eisenhower founded the President’s Council of Youth Fitness. According to a report filed by the Associated Press in June 1956, he was concerned “over failure of American youths to pass a basic ‘minimum fitness’ test that European youths breezed through.”

What resulted was a battery of physical-fitness tests that would collectively be known as the President’s Challenge, or the aforementioned Presidential Fitness Test. The original six-part test consisted of push-ups, pull-ups, sit-ups, a standing broad jump, a shuttle run, a 50-yard dash and a softball throw for distance, ostensibly because it’s helpful to know who amongst the troops has the arm strength necessary to chuck a grenade the furthest, or at all.

By the 1980s, the softball throw had been eliminated altogether, and a one-mile run had been added. Moreover, schools that ranked in the top three overall within their state were awarded with the distinction of being “state champions” by the federal government, which encouraged willful participation and score reporting (and even potential score inflating).

So if your school was among those that submitted scores to the Presidential Fitness Test between roughly 1980 and 2013, your name and one-mile run time probably reside in the archives of the Department of Health and Human Services, which still retains oversight over what has now become the President’s Council on Sports, Fitness & Nutrition.

The Obama administration eliminated the Presidential Fitness Test, dispensing with it in favor of a comprehensive program dedicated to replacing a fitness attitude that hinged on preparation for a single test with one that was devoted toward establishing a lifelong fondness for fitness. Reactions ranged from an appreciation for the holistic approach to fury over the elimination of the competitive aspects and the push toward a so-called “participation-trophy” culture. Either way, it marked an end to the incentivized, federally endorsed reportage of fitness test results to government agencies.

So should I be worried that this information might fall into the wrong hands?

You can take a deep breath and relax. Your high school mile time was never about sizing you up as a candidate for the military; it was about sizing up the youth of this country in direct comparison to our Cold War competitors. But we lost that battle to the Eastern Bloc a long time ago.

Plus, even if the feds were going to dust off the old draft and scrape up some military recruits, you’re at least 25 years old now if you were in the final round of Presidential Fitness Test takers. Ultimately, this means you’ve aged out of prime contention for military service. Which means no matter your high-school mile time, there’s at least one thing you’ve been able to outrun.