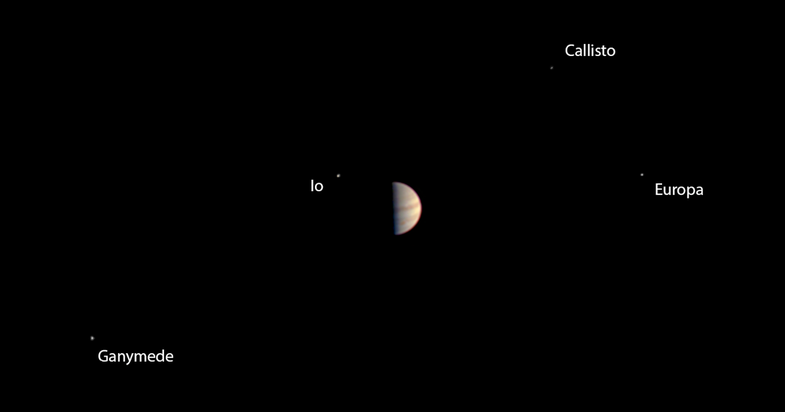 The view from Juno as it zooms toward Jupiter's north pole. This was the last thing Juno saw before it powered down its instruments in preparation for entering Jupiter's orbit at 11:38pm Eastern on July 4. NASA/JPL-Caltech/SwRI/MSSS
SHARE

PASADENA, Calif. — Coming to you from the center of the universe.

After a 9am Pacific time press briefing, the Juno team updated the world with what we can expect from this evening’s exciting arrival of Juno at Jupiter. The team is simultaneously thrilled and nervous while they await news of the outcome.

Juno is due to enter orbit around Jupiter at approximately 8:38pm PST (that’s 11:38pm EST), after which there should be a sigh of relief heard around the world.

Juno is on a mission to better understand the biggest planet in our solar system. What makes this orbit insertion so dangerous is not only the speed that it’s traveling but the intense radiation environment at Jupiter. The team has more than prepared for the spacecraft to get blasted with harmful particles, but because we’ve never flown this close to Jupiter, they have no idea what could go wrong in this unfamiliar environment.

JPL released the last image taken from Juno five days ago after all of it’s nine instruments were turned off in preparation for orbit insertion. The image shows Jupiter and its four main moons looking tiny as Juno swoops in at 165,000 miles per hour.

The newsroom is slowly filling up with news media from around the world, as everyone comes together on this 4th of July to document this important scientific mission. Keep up with us here and on Twitter as we share fun photos and information live from mission control in Pasadena, California. And tune in later for the livestream of Juno’s arrival at Jupiter!