What about the freedom to assemble robots? 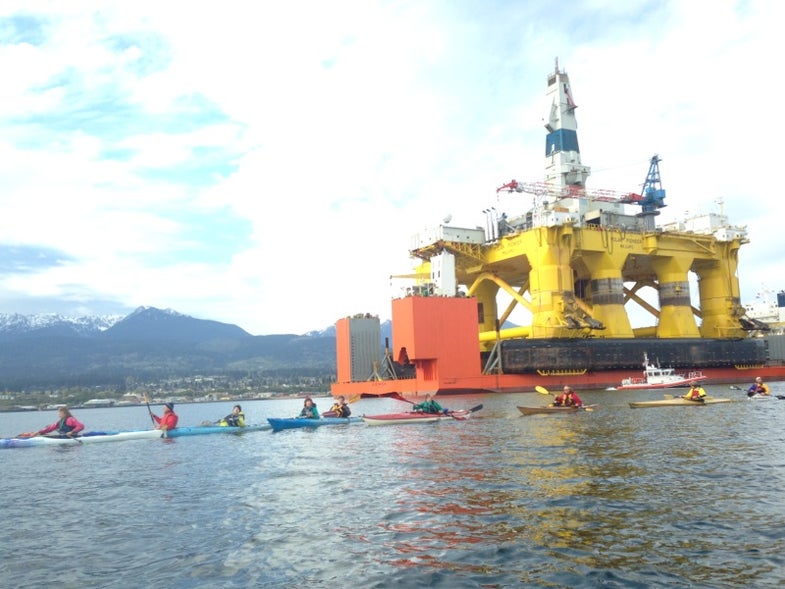 When Shell starts drilling in the Arctic this summer, they will do so free of harassment from robots, thanks to an injunction by an Alaskan district court. Greenpeace, which in April protested the opening of Shell’s Polar Pioneer oil rig by boarding its carrier ship, are now legally banned from the area surrounding the company’s Arctic rigs. The ban applies not just to human protesters, but to any unmanned vehicles they may bring along.

From the injunction ruling:

The injunction is a response to a complaint filed by Shell, which alleged that having vessels, drones, helicopters, or people with “unpredictable motives and intentions” near their drilling operations posed a risk to “safety, property, and the environment.”

This isn’t the first time Greenpeace has found its drone use on the wrong side of the law. In July 2014, Indian police raided Greenpeace offices in a village located within the Singrauli district, finding a drone with a high-definition camera. The drone was likely flown without legal permission from India’s Ministry of Defence.