Also, meet a robot dog with an arm for a neck 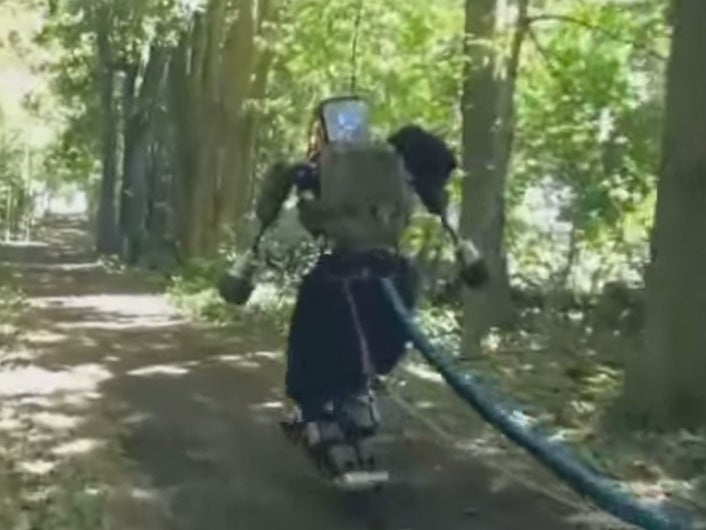 Boston Dynamics makes real robots that live in the uncanny valley between cuddly cartoons and natural form. They’re strange, shambling mechanical monsters, like the horse-esque, cinderblock-throwing Big Dog, the sprinting Cheetah, or the stumbling humanoid ATLAS. Funded in part by DARPA, ATLAS is ultimately destined to be a rescue robot, fitting into human-scale places that are too dangerous for humans, like nuclear reactors. In order to get to those dangerous places, it helps if it can travel across the ground,. Now the Google- (or is it Alphabet?)-owned Boston Dynamics has sent its ATLAS robot into the outdoors for the first time:

ATLAS walks about as well as a toddler, still feeling its way around by tentative footsteps.

And like a toddler, ATLAS can’t go outside without supervision. While Boston Dynamics is working on a eventually removing the power cord tether from the bot, it’s still necessary for ATLAS to function. Once that’s gone, though, an ATLAS robot that gets outside could wander around like a big stumbling robot child.

How could ATLAS get outside? Well, Boston Dynamics also tested a robot arm on top of its small robot dog Spot, which can now open doors. Happy dreams!